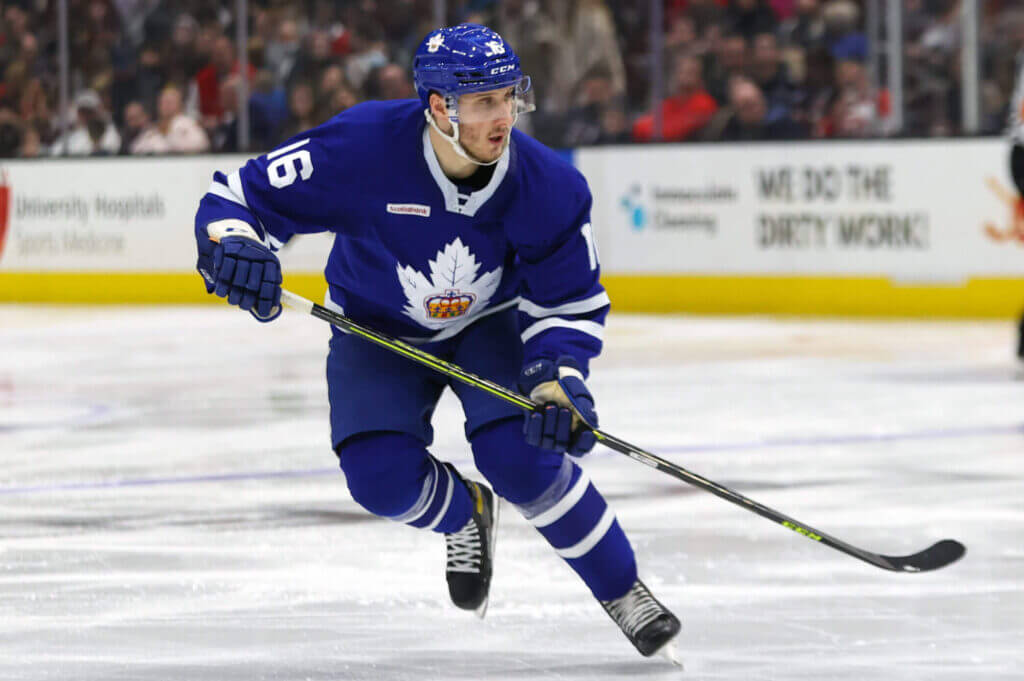 To call Alex Steeves’ first season in Toronto a whirlwind would be an understatement.

The offseason free agent signing from the University of Notre Dame has been touted by Maple Leafs general manager Kyle Dubas as a possible candidate for a roster spot, had a strong development camp before signing being injured, came out of the gates with six points in his first four AHL games, made a surprise debut for the Leafs well ahead of schedule before a COVID-19 outbreak on the Marlies halted his season.

For Steeves, learning on the fly has been a constant this season and will continue to be as the Marlies embark on a career-long nine-game road trip.

This is a snapshot of a week in the life of Steeves, a Marlie from Toronto who hopes what he learns will help him return to the NHL for good.

When Steeves arrives at the Coca-Cola Coliseum in the early afternoon, he receives a proposal.

The day before, Minnesota Vikings wide receiver Justin Jefferson caught a 45-yard touchdown pass and broke into his trademark dance, The Griddy.

Steeves and forward Curtis Douglas are among the NFL fans on the Marlies, and Week 18 highlights have been a talking point when the players arrive. So much so that Douglas tells Steeves that if he scores in that afternoon’s game against the Springfield Thunderbirds and passes The Griddy as a celebration, Douglas will pony up $20. The nearby Marlies implore him to do so.