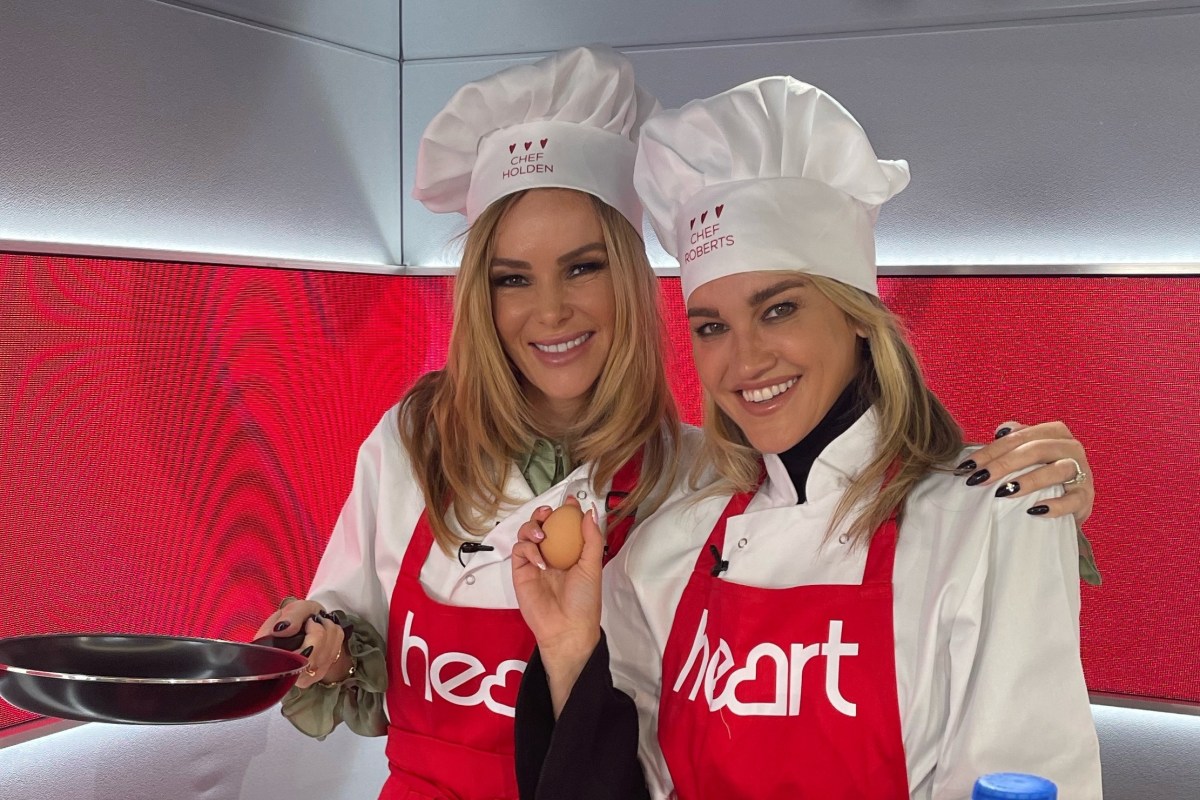 AMANDA Holden stormed out of the Heart Radio studio today after being ‘sabotaged’ during a pancake contest.

The 51-year-old went up against Pussycat Doll Ashley Roberts to be named Queen Flipper of Heart Breakfast and got off to a disastrous start.

His frying pan immediately broke, prompting him to exclaim, “What the hell is that!”

Ashley didn’t have that kind of problem and did flips easily. Her co-star then had an issue with her batter sticking to the pan.

Jamie Theakston tallied the scores with Ashley racking up 18 flips to Amanda’s zero.

She then stormed off, comparing herself to Gordon Ramsay.

This weekend, Amanda celebrated her 51st birthday in style with her lookalike daughter Lexi by her side.

Amanda had previously insisted that she would continue to dress however she wanted as she got older.

Writing in Fabulous, she said: “I love showing that women my age can look beautiful, dress glamorously and feel good about themselves.

“Why should we hide our bodies because we are of a certain age?

“It’s such an old-fashioned attitude. If Chris and my girls say I still have it, that’s all I need to hear.

Tune in to Heart Breakfast with Jamie Theakston and Amanda Holden weekdays from 6:30 a.m. to 10:00 a.m.