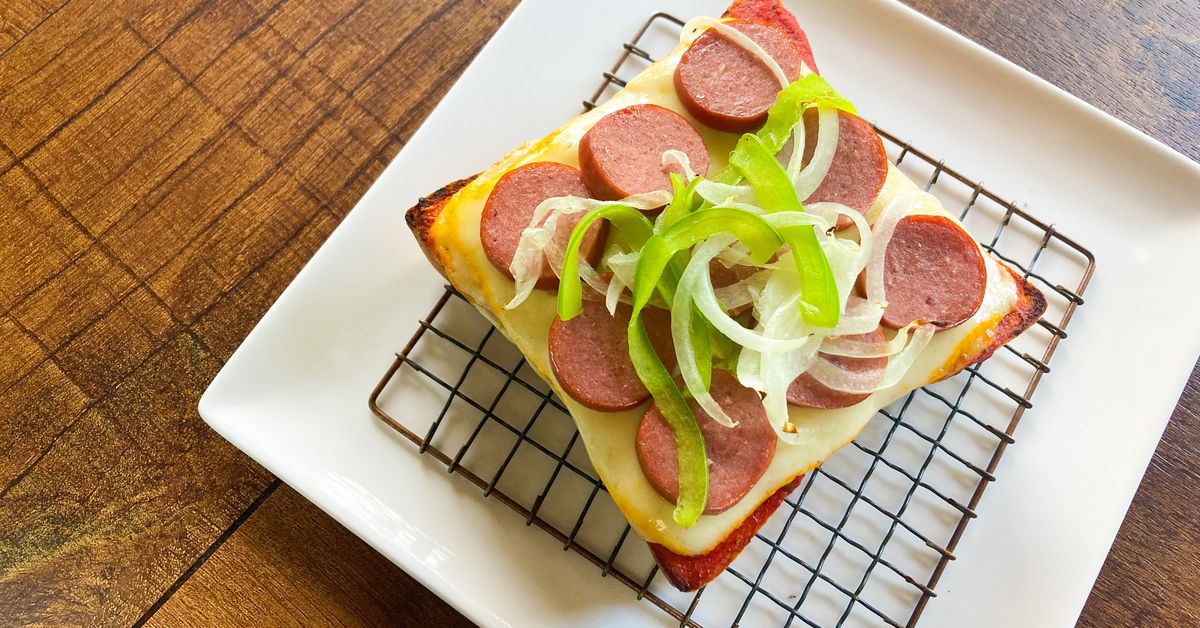 An ode to Kimura Toast Bar’s Toast pizza, comfort food at its best

For much of the 20th century in Japan, casual cafes sprung up in small towns across the country, serving tea and coffee, Japanese curry, sandwiches, and breakfast items. Kissaten, as they are called, lives somewhere between a rustic and welcoming cafe, restaurant and tea room, serving dishes like pizza toast: a slice of bread, topped with tomato sauce or ketchup, and topped with cheese and other toppings.

Kimura Toast Bar on North Williams is by no means a kissaten. On the contrary, it feels like a nice little neighborhood cafÃ©: the couples are chatting over cardamom lattes, the thirties work from their laptops. If it weren’t for the shokupan fluff, the toast dancing on the walls and the square loaves of milk bread wrapped in plastic, the average passer-by, looking at the tables, might not understand that this is , in fact, a toast bar.

But when I walk into Kimura, I head straight for that toast; in particular, the pizza toast, topped with all-beef hot dogs.

It arrives on an inch thick slab of shokupan, which gets such a perfect, crisp exterior that it seems impossible, like some kind of plastic prop. In the center are duvets of soft, sugary milk bread and just a touch of yeast, much like what you want Wonder Bread to taste (although it never does). It supports an ultra-light layer of tomato sauce – it isn’t slipped on – and a sheet of fondant muenster, which doesn’t break or accumulate brown spots. Instead, it’s just melted enough to get a satisfying cheese stretch and pull. Along with the cheese, a few deliberately placed all-beef hot dog medallions, just a hint of smoke in this fun hot dog style, serve as bases for ultra-thin slices of onion and green pepper. Now don’t take my wax poetry as a sign that this is a whimsical and chef dish; it’s not. It’s sort of reminiscent of square school cafeteria pizza, pizza bagels and outspoken both and in the best way.

I’m not Japanese, but I grew up eating cheese on toast. My mother, who lived in Norway in the late 1960s, spent many mornings eating havarti with dill on toast, and she passed this tradition on to me when I was a child. I would wake up, trudge through the living room, and snuggle up under a blanket on the floor, right next to the small heater under our kitchen counter. My mom, who was also not a morning person, tossed a few pieces of bread into a toaster and ended up placing a small plate with toast next to the mound that was my head covered in quilts. We didn’t have a toaster oven, so she would cut a small slice of cheese using the ostehÃ¸vel, a hand-held cheese slicer invented by a Norwegian businessman in the 1920s. after the toast had burst, my mother would drape the slice of green-speckled cheese over the bread, letting it melt in the still radiant heat.

“It’s sort of reminiscent of square school cafeteria pizza, pizza bagels and outspoken both and in the best way.”

This morning ritual was as close as I got to pizza toast, aside from the coveted snacks banned in my somewhat crispy Oregon home: Totino’s pizza rolls, hot pockets, and pizza bagels were all illicit delicacies reserved for summer camp snack bars and sleepovers. The truth is, the flavor of pizza – even reflections on an anagram of the real thing – is loved for a reason: the salty-creamy cheese, challenged by the sweet acidity of tomatoes and enhanced by some sort of fatty meat or transformed. , tastes great in an extremely comforting way. There’s a reason why cracker-based pizzas can be found on the streets of Aguas Calientes in Peru, why grocery stores in Puerto Rico stock pizza empanadillas in the freezer aisles, why Calbee makes variant crisps. flavored pizza for sale in convenience stores in Tokyo.

Good pizza is difficult to make; it takes practice. The dough needs a watchful eye, to make sure that it does not overwhelm. It takes some time to figure out how to stretch it, so that the uncooked crust does not break or become lumpy, resulting in uneven baking. This almost always requires a hot and hot oven – usually one hotter than what’s in your home. But do you know what’s not hard? Slice and toast bread, or cut a bagel in half, or stick something frozen on a cookie sheet. It’s a quick and dirty version, even a kid can do it. It can be made with nothing more than a toaster oven, in the back of a Japanese kissaten, or at a North Portland cafe.

And again, although I could making pizza toast at home, there’s something meticulous about the Kimura version – a passionate tribute to quintessential comfort food, in kissaten. Kimura Toast Bar owner Kayoko Kaye made over 75 versions of shokupan for the restaurant before she found the right recipe, commissioning Dos Hermanos bakery – a few blocks away – to bake breads for the coffee; prior to that, she had been making shokupan for her family regularly for the past three decades. So Kimura’s pizza toast, whether it’s the one with a hot dog that I love, or the corn and cheese version suitable for vegetarians, looks like something made by a parent as an afternoon snack. . When things seem overwhelming or exhausting, Kimura’s Pizza Toast brings me out of my adulthood and makes me feel young, without responsibility. After last year, I’ll take that feeling every time I can, one slice of cheese bread at a time.

Here’s where to find the best bagels in Singapore