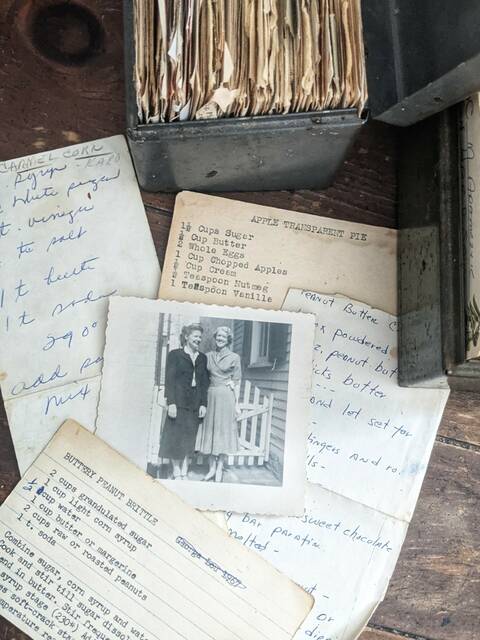 Last weekend, my husband Alex and I traveled to Cincinnati to visit friends and attend a few downtown events. We had a full dance card, but all I could think of was where we were going to eat and what we were ordering. Fortunately, I married someone who also thinks that way. Alex had done his research and presented me with a variety of options and menus to discuss during the car ride. I was so excited.

However, as often happens, we make plans and God laughs. It was definitely one of those occasions. We were meeting friends and nothing happened as we had hoped. Before leaving town, I told Alex that I had to have at least one good meal. I needed inspiration. Not just for cooking, but in general. I needed to eat something that I would explode from if I didn’t talk, cook, and learn. It was a full request, but when you look for inspiration, it happens.

Well, it turns out we found a lovely little hole in the wall, Argentinian restaurant. The cooking was amazing, but something just didn’t hit the nail on the head.

I’ll be honest, this week I really had no idea what I was going to write about. I fell asleep on Sundays tossing and turning ideas, but nothing really seemed to motivate my words. I had combed through magazines and worked on the Internet. Yet nothing seemed to speak to me. I texted a few culinary friends. Nothing.

Then, around midnight, I woke up and went to my library. I realized that I already had everything I needed close at hand. I started going through my books looking for my legacy recipe boxes.

At first I couldn’t find them and panicked. Then I realized they were right in front of me. I opened the first box and pulled out a picture of my grandmother and her sister Bootz, or my aunt as I called her.

Every time I open these boxes it’s a different experience. Often it’s amazing what stands out and what is new treasure discovered. This time was no different. Fall treats have found their way to me. I dove into it. I even reached out to my Aunt Georga in New York about today’s peanut butter crunch recipe.

“Georga Lou 1967”, the recipe card had the name and year crossed out on it. Aunt Georga, mentioned she was 10 when the card was written. She fondly remembered having prepared this delicious dish with my grandparents.

Memories flooded in. I looked back on chilly nights making today’s caramel corn recipe with Nan-Nan. I didn’t remember making the peanut butter cups listed today, but I sure remember eating them.

These ladies revisited a tradition that was unique to their time and still holds up over time. They used real ingredients that make a recipe worth savoring. Today’s recipe for Transparent Apple Pie is one you won’t find many places. It’s so simple and decadent. I never thought of it until I found the recipe card last weekend.

When these two matriarchs passed away, it was these recipe boxes that gave me the inspiration and continued conversation with them. It’s my favorite place to go when I need it.

Where do you look for your inspiration? We all need it. That’s what drives us. Inspiration not only keeps our dreams alive, but gives us the gift of a dream to begin with.

In the words of Oscar Hammerstein II, “You must have a dream. If you don’t have a dream, how are you going to achieve a dream?”

Nothing ever tastes as good as the memories we can taste and re-taste again and again. Whatever you’re cooking today, I encourage you to cook something that inspires you. The season of sharing has arrived, and what could be better than an October sweetness.

Combine sugar, corn syrup and water in a three-quart saucepan. Cook and stir until the sugar dissolves. When the syrup boils, add the butter.

Heat up to 290 degrees on the stove. Mix well. Add soda last.

Pour over popcorn on a large griddle or bowl. Mix well. Lick the spoon and clean the bowl with a spoon. Don’t waste a drop of this delicious caramel.

Preheat the oven to 350 degrees

Defrost the pie shell(s). Melt the butter in a saucepan over low heat. Add the sugar, stirring occasionally. Separate eggs. Add the cream to the egg yolks and mix. You will use all the eggs.

Stir the yolk cream mixture into the sugar on the stove. Add it slowly until it dissolves.

Bake the pie crust for 4-5 minutes.

Turn off the stove burner. Add the vanilla. Add the egg whites, whisk.

Cook for 25 minutes. Can be served as is or garnished with cinnamon. Serve immediately or cover and serve later. Also freezes well.

Mix and let stand for a while.

Butter fingers and roll into balls.

Melt the chocolate coating. Using a toothpick or sharp object for dipping, coat ball in peanut butter or shape with chocolate. Place on parchment paper until dry.

This can also be made in a silicone mini muffin pan. Fill each slot with chocolate. Place the ball in each spot and cover with more chocolate. Allow to dry then remove from the container.

While the chocolate is still moist, it can be topped with a nut.

These freeze wonderfully. Serve immediately or place in an airtight container after drying.

The recipe and photo used in today’s article are from Chef Babz’s kitchen (babz[email protected]) with much help from her grandmother, Louise Osborne, and her great-aunt Beaulah “Bootz” Mae Stone.

Who makes the best bagels on Long Island?