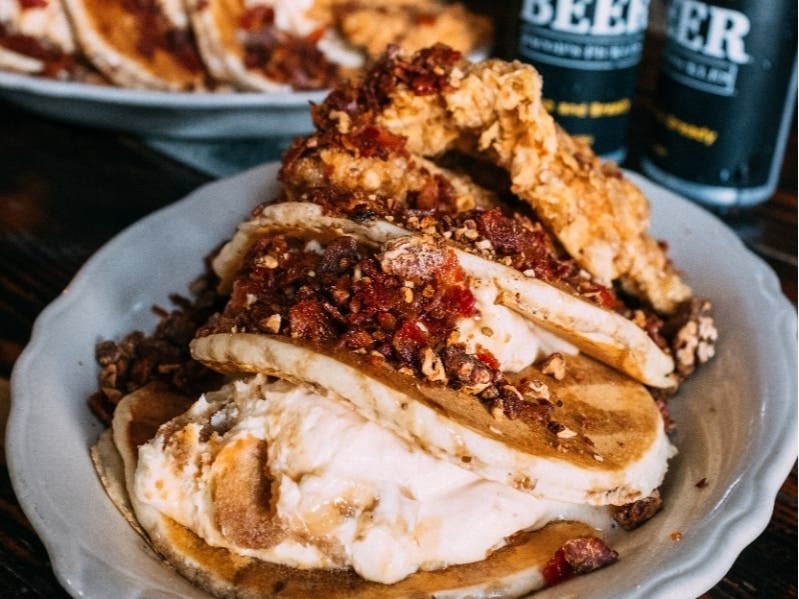 UPPER WEST SIDE, NY – Banana Pudding. Fried chicken. Bacon. Crepe. These ingredients make one bite out of a new dish brought to the Upper West Side by two of its most iconic restaurants.

Jacob’s Pickles and Magnolia Bakery are teaming up this summer to pile fried chicken and a banana pudding-stuffed pancake topped with crispy bacon, candied pecans and maple drizzle onto one plate.

“To say we are thrilled is the understatement of the year,” Jacob’s Pickles wrote on his Instagram account. “We are BIG fans of #magnoliabakery and their amazing team and couldn’t be happier to partner with them.”

The $28 dish — which appears to be a banana game on classic chicken and waffles — will be available exclusively at Jacob’s Pickles on Amsterdam Avenue (between West 84th and 85th Streets) until September 5.

Banana pudding is one of the signature dishes at Magnolia Bakery, which has a longtime popular location at 200 Columbus Ave. (69th Street).

Jacob’s Pickles, on the other hand, has made a name for itself with its extravagant and oversized menu items.

A video posted on the restaurant’s website UWS gives you an even better look at the dish.

While the two Upper West Side restaurants were happy, diners were thrilled, even confused.

“What’s going on in the grease here?!” one person commented with a tantalizing emoji and “#getinmybelly”.