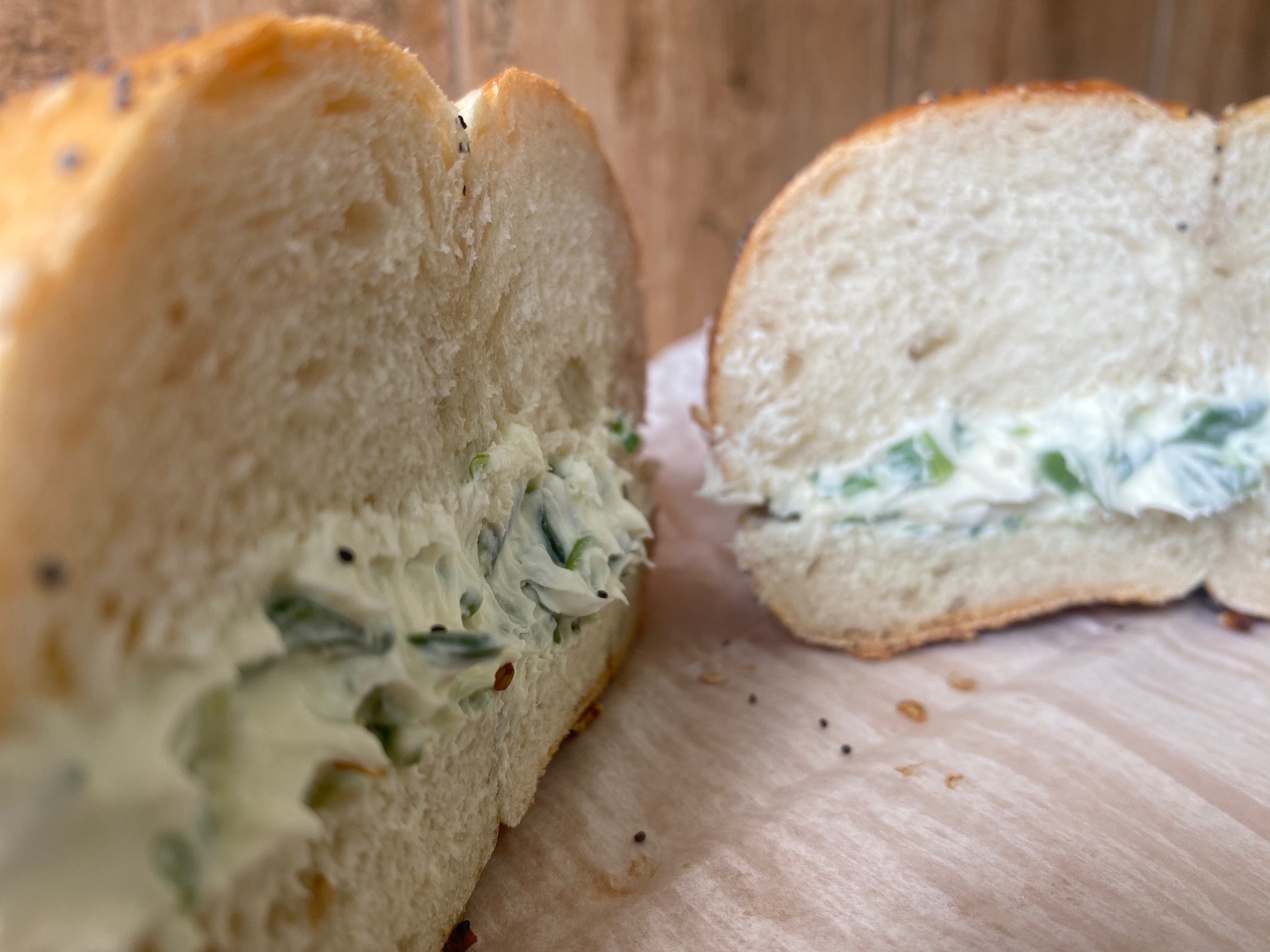 Any bagel with green onions and cream cheese graded by Varley. (consumed by the reporter… for research purposes, of course)

The beach is not a bad place to enjoy a solid New York bagel.

That’s according to a new online ranking of more than 200 New York City bagel stores that places Beach Bagels on 129th Street as the eighth best bagel in Queens and 25th best in New York City.

“It’s awesome!” said Mohammad Kadim, owner of Beach Bagels since it opened more than 20 years ago, “25 in New York! Do you know how many bagel shops there are? »

For the better part of two decades, Beach Bagels has been a go-to institution for coffee, egg sandwiches, and of course bagels, for Rockaway residents.

“I do my best to always provide top quality food,” Kadim told The Wave, “If you don’t have a good bagel, good quality cream cheese, good quality food , people will try another place, and if they like it, they won’t come back, so you have to do your best to stay in business.

Beach Bagels was rated highly by Michael Varley, a creator who is a video game producer by trade. In 2020, Varley, along with his wife Jessi Highet, started a personal project called ‘2020: Total Clarity’. The goal: walk five marathons around New York each week. The 7,000 mile adventure around the Big Apple found Varley and Highet walking about 130 miles a week. “As you can imagine, you get hungry doing this,” Varley said. So began a side project that culminated in Everythingiseverything.nyc, Varley’s digital ledger for ranking over 200 (and counting) of New York’s best bagel deals. “I thought this was probably as good an opportunity as anyone else to really be able to review all the bagels New York has to offer,” Varley told the Wave in an interview. telephone.

So, in addition to walking the 130 miles, Varley ate at least three bagels a week, compiling around 150 by the time he and his wife’s walking project ended in June 2021. After that, Varley started adding bagels to make the map more robust. “I was making six bagels a day, something like that,” he said, “I wanted to get this stuff out to the world.”

All of Varley’s bagel rankings are based on three main categories. First, the quality of the store. Varley’s prefers the smell of fresh bagels and a team that knows what they’re working with. The other two categories being the bagel itself and the cream cheese spread. All of the bagel categories were based on a single bagel with scallion cream cheese, partly because of its popularity, but also because of the opportunity for bagel stores to show off what they can do with more than just one bagel. a simple bagel with plain cream cheese.

Beach Bagels received an overall rating of 4.25 out of 5, as well as a “Spread of Note” achievement for its superior shallot schmear.

Beach bagels on the beach 129th

Varley gave Beach Bagels a 4 out of 5 rating in the store category, noting in particular the murals by Geoff Rawling, of Rockaway, as well as the quick staff who knew about repeat customer orders. This familiarity being something store regulars have come to know and love, and Kadim is proud of it.

“It makes them feel safe, it’s like a hometown store,” he said, “It’s not just a bagel, it’s not just a name like Dunkin’ Donuts or McDonald’s or whatever.”

For the bagel, made on-site every morning, Varley gave Beach Bagels a 4.25. “Very chewy but definitely fresh. Bilateral trim coverage collectively equating to moderate density,” he wrote in his review, specifically praising the addition of sunflower seeds to the “all” of everything.

“You know, we try to be creative,” Kadim said with a laugh.

“Fantastic cream cheese,” Varley said over the phone, remembering him giving her that special accolade.

“Succulent chunks of green onions bursting out of the spread. Powerful, sweet onion flavor and crunchy texture are packed into every bite,” he eloquently wrote in his review. “A great example of a cream cheese base suspended and emphasizing the guest star.”

Varley also had the chance to visit Rockaway Bagels, another local favorite, which he rated 4 out of 5, making it the 15th best in Queens.

For Michael Varley and Mohammad Kadim, bagels are an iconic image synonymous with the city itself.

For Kadim, it’s the freshness of the ingredients and the quality of the water in New York that make NYC the spread capital of the world.

For Varley, it’s an emotional experience.

“That’s comfort food in New York, isn’t it?” he said, remembering his favorite place in Middle Village, where his family was from. “More than likely, people’s favorite place is either a place where they had bagels when they were kids, or the place that was near their first apartment. There are so many bagel shops doing it right in New York. But usually, the ones you care about the most are your favorites.