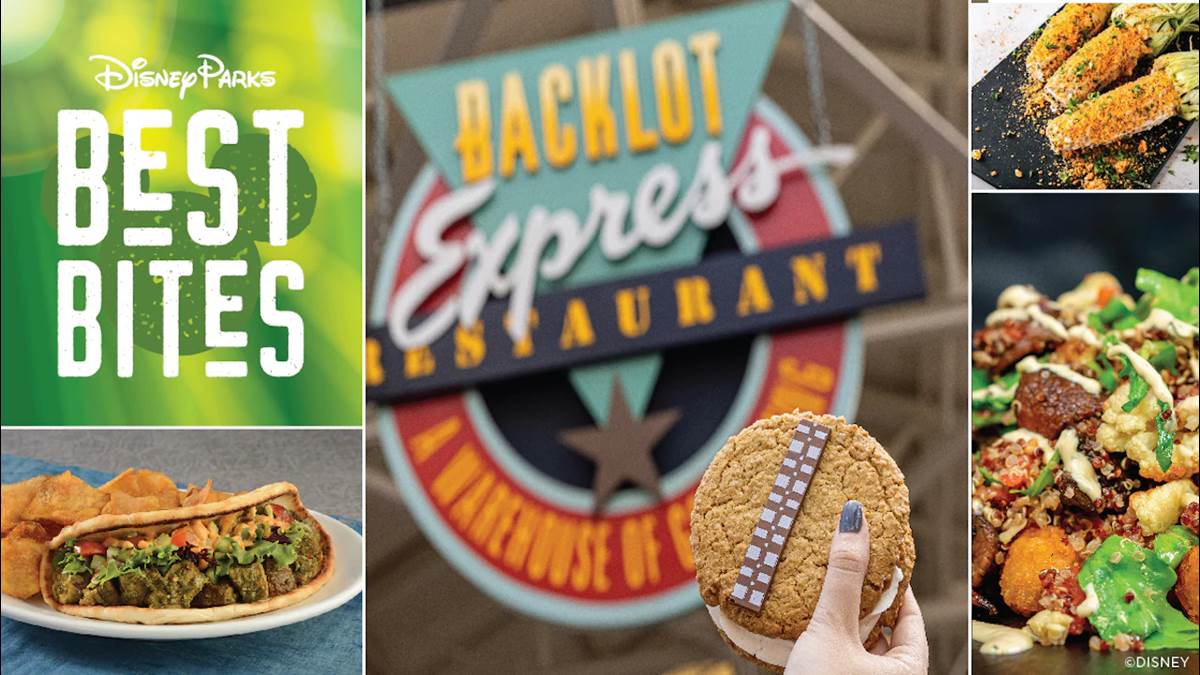 As spring is in full swing, there are a ton of updates at Disney parks coast-to-coast that any foodie is sure to appreciate. In the latest edition of Best Bites, you’ll find all the exciting openings, updates and new treats on Walt Disney World station and Disneyland Park. These treats are a must for your next visit!

the Wookie cookie is back and not to be missed on your next adventure at Disney’s Hollywood Studios. star wars and sweets – what could be better than that?

Calling all wilderness explorers! You don’t have to look far for a culinary adventure as there are a few Nature Explorer Cupcakes to discover in the theme park Disney’s Animal Kingdom. At Pizzafari you will find the Flamingo badge cupcake, a coconut cupcake filled with exotic fruits, coconut icing, white chocolate pearls and white chocolate flamingo badge. At the Flame Tree Barbecue, the Dragonfly badge cupcake is a pink lemonade flavor with a strawberry compote topping and topped with lemon glaze and a dragonfly medallion – what a taste! Finally, the Dinosaur badge cupcake can be found at Restaurantosaurus and is a chocolate cake with a cheesecake filling and finished with chocolate icing and a white chocolate dinosaur badge.

If you’re a coffee lover, there are even new caffeinated drinks on the horizon. If you find yourself at Dino-Bite Snacks, be sure to try the Cold Brew Iced Coffee. And for a sweeter version of this drink, try the COld Brew Cafe Ice Cream Float.

At Disney’s Coronado Springs Resort, the Barcelona Lounge recently began offering live music on Wednesdays and Thursdays. You can even Create your own gin and tonic while enjoying the vibrations and soft melodies of a Spanish guitarist.

At Disney’s Port Orleans Resort – French Quarter, you can now get your hands and taste buds on new donuts and drinks at Scat Cat’s Club – Lounge. This tasty treat includes a trio of Mickey-shaped donuts served with red pepper jelly, pimento cheese and green goddess dressing sprinkled with powdered sugar. Po’Boy Oyster Fritter is a Mickey-shaped donut with fried oysters, lettuce, tomato, Cajun remoulade and homemade pickles served with potato chips. Now on to the drinks. The Bebop Bloody Mary combines vodka and a spicy Bloody Mary mix topped with shrimp, andouille and celery.You can also sip the Syncope shift with vodka, rum, mango rum, melon liqueur and pineapple juice with a light cube or the Bonfamilles Peach Bourbon Tea with bourbon, peach schnapps and freshly brewed sweet tea. And to top it all off, live entertainment returns to this lively spot on select nights!

Disney’s Old Key West Resort has also joined Best Bites with their new change for Shrimp Fritters at Olivia’s Cafe and Gurgling Suitcase Libations & Spirits. Stop by these places to try these delicious donuts for yourself!

Disney Springs has a few new openings you’ll definitely want to have on your radar. Starting March 15, you can indulge in all the DOLE Whip your heart desires with the all-new Swirls on the Water. This booth will feature delicious flavors as well as signature items like DOLE Whip Lime & Habanero Soft-serve Nachos with Waffle Cone Chips topped with DOLE Whip Lime Habanero Whipped Cream, Mango Boba Pearls, Tajin Spice, Raspberry Sauce and Whipped Cream, or 50th celebration cone with a swirl of DOLE Whip Lemon Soft Cookie Dough. You can also try the DOLE whip flight featuring all six featured swirl flavors and over 21s can indulge in the Sangria Float featuring DOLE Whip and red wine sangria!

If you find yourself starting your day at the park, the Red Rose Tavern has started serving breakfast again! Treat yourself to Beast Breakfast Burger, an Angus galette, bacon-orange marmalade, egg and arugula on toast with potato bites. You can also take advantage of the Vegetable Quinoa Breakfast Bowl filled with quinoa, roasted mushrooms and cauliflower, arugula, tomatoes, potato bites and spicy lime aioli.

What you need to know about the Bantam bagel recall