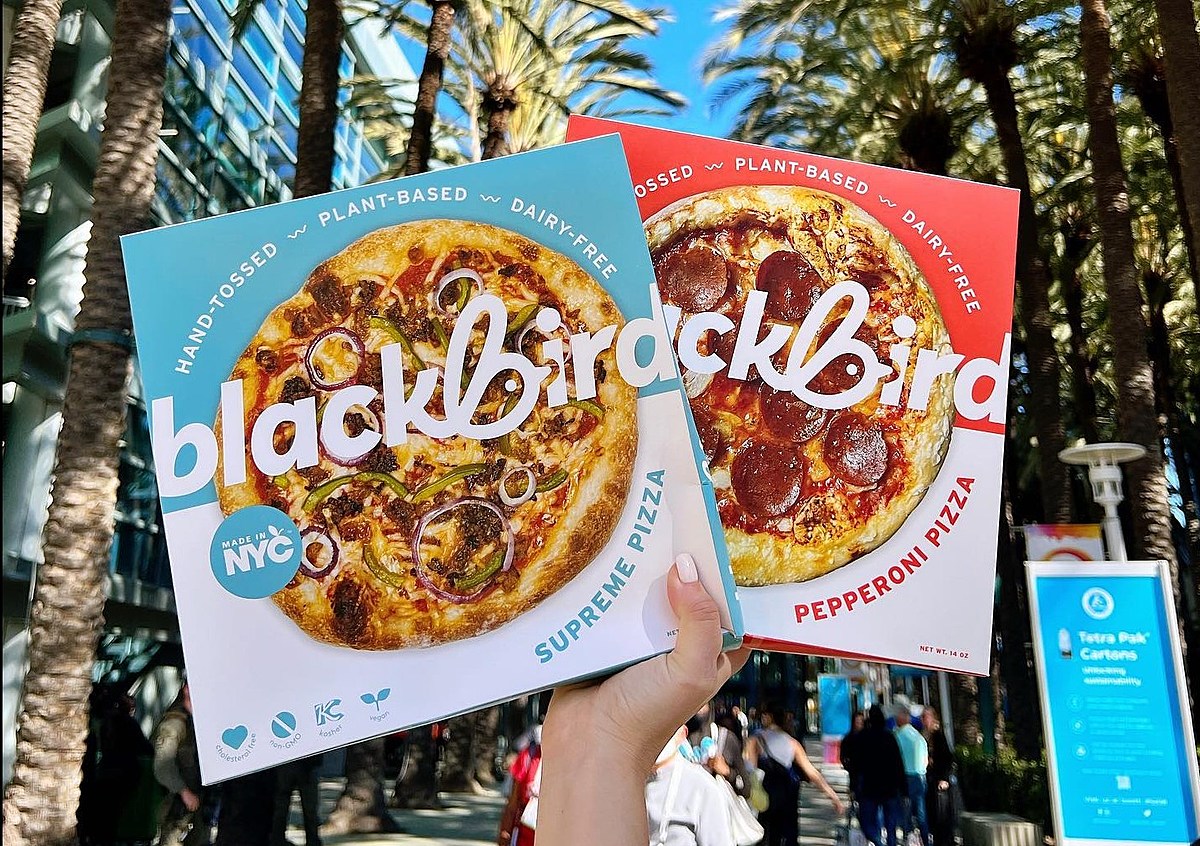 Americans spend an estimated $4.4 billion on frozen pizza every year, but now shoppers are looking for more sustainable versions of their favorite foods. This week, planet-conscious shoppers will be able to find affordable vegan pizzas at Targets nationwide. Blackbird Foods just announced that it will launch two vegan pizzas in 300 target locations starting in October.

Target will begin offering Margherita and Supreme Pizza from Blackbird Foods for around $7.99. Plant-based pizzas will be available in-store at select locations and online for nationwide delivery. This partnership marks one of the first start-ups Target has ever worked with.

The plant-based startup offers several other varieties of pizza, including Kale & Mushroom, BBQ Chick’n, and Pepperoni. Although these pizzas won’t launch at Target in October, consumers can now find the pies at more than 2,000 retailers across the United States. Blackbird can be found at Fresh Market and select Whole Foods stores.

“Since our launch in 2020, we’ve worked tirelessly to prove we can make the best frozen pizza that’s also plant-based,” said Emanuel Storch, CEO of Blackbird Foods. “I started out door-to-door in New York City begging grocery stores to make room for our pizzas in the very competitive freezer sets. This Target win just 2 years later is a huge sign of approval for us. We are now the fastest growing frozen pizza brand in the whole country,”

Americans eat 3 billion pizzas every year, and several plant-based brands have entered the market to appease the hungry vegan population. This week, leading vegan cheese company Daiya announced that its completely allergen-free vegan flatbreads will be hitting stores across North America. The three new vegan pizzas will be available for $9.79 online and at select retailers.

Last November, pizza giant Papa John’s revealed that the pizza chain had seen an 81% increase in plant-based pizza orders between 2019 and 2020 at its UK locations. In the United States, Papa John has yet to unveil the plant-based pies, but Pizza Hut has teamed up with Beyond Meat to add a meatless sausage to its toppings menu. However, the two American pizza chains have yet to launch a permanent vegan cheese option.

Despite the slow development of major pizza chains, vegan pizza brand Valerie’s just announced that its drive-thru restaurants will be coming to the tri-state area starting in 2023. The booming pizza brand plans to have locations in New York, Connecticut, and New Jersey following strong sales since its May 15 launch.

As a quick and affordable meal, pizza is central to the American diet. However, cheese on conventional pizza poses significant health risks to consumers. Research has shown that dairy consumption poses serious health risks, including inflammation, joint and muscle pain, diabetes, and even cancer. A study found that one serving of milk is associated with a 30% higher risk of developing breast cancer. For men, drinking milk regularly can increase the risk of developing prostate cancer by 60%.

Due to their high saturated fat content, dairy products are also harmful to heart health. A study found that reducing milk and dairy product consumption could help consumers reduce their risk of heart disease by 21%.

For more great products, check out The Beet’s ranking of the best frozen vegan pizzas.

Fast food restaurants have finally gotten the message that their customers don’t just come for a burger, fried chicken or beef taco. Many now have plant-based foods and come up with creative and delicious ways to add more greens to the menu. Here are the 6 best fast food chains with plant-based options on the menu.