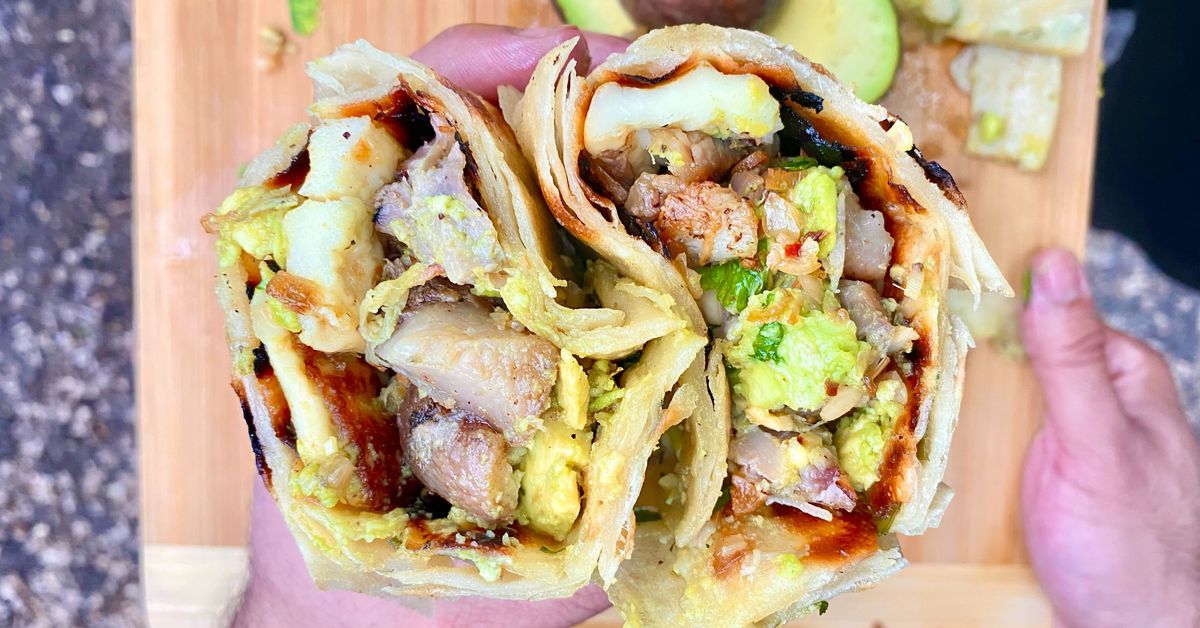 Forsyth Fire Escape, a pop-up born last summer from Chinatown residents Isabel Lee and Luis Fernandez, is getting a permanent home for its scallion pancake burritos. Forsyth Fire Escape first made a name for itself delivering its waitlisted burritos to customers in a bucket lowered from, yes, a Chinatown fire escape. Later, they started working in the kitchen of a nearby bodega. But, come summer, fans can head to Olly Olly Market, a new food hall opening in Chelsea, for scallion pancake burritos. The market – located at 601 West 26th Street near 12th Avenue – also includes offshoots of the team behind Filipino spot Flip Sigi as well as Korean fine-dining establishment Joomak Banjum.

The Forsyth Fire Escape team tells Eater that they plan to continue at the bodega, albeit with less frequency, in addition to their upcoming headquarters at Olly Olly Market.

On Sunday, May 22, Thao Bui, a former longtime employee of Beyond Sushi, brings her Vietnamese cuisine to the Phin, under the name Ăn Xôi. Bui will prepare sticky rice with char siu pork, chicken liver pate and quail eggs in soy sauce – drizzled in green onion oil with fried shallots – along with pickled cucumbers and carrots, as well than Vietnamese coffee with condensed milk. The take-out-only event runs from noon to 3 p.m. at 259 East 10th Street near First Avenue. Pre-orders are available on the Ăn Xôi website.

Another bar-bookstore is coming to Manhattan

According to local publication What Now New York, Bibliotheque, a bookstore that plans to offer coffee, snacks, beer and wine, is heading to 54 Mercer Street off Broome Street in Soho. No opening date has been set. When it opens, the Library will join the growing trend of hybrid bookstore-bars, such as the East Village Book Club and Chinatown’s new Yu and Me Books.

See them for yourself.

Lean into New York style at Pisa Pizza in Orlando