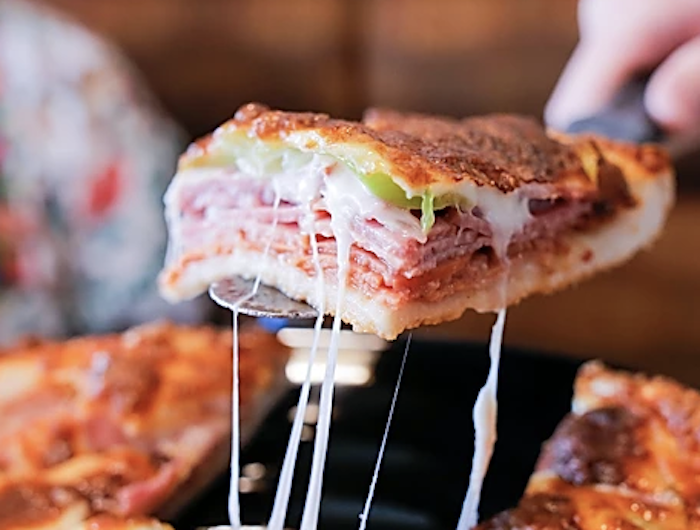 The most famous pizzas in North America are undoubtedly pies from Chicago and New York. But in Canada, pizza lovers have to thank four Greek immigrants for the country’s unique pizza, known as Regina Pizza.

Regina Pizza was created when four brothers named Kolitsas opened the first “Houston PizzaIn 1970 in Regina, Saskatchewan. They had recently immigrated from Greece, bringing with them both a strong work ethic and a love of food.

Kolitsa pizza was once tantalizingly described by CBC restaurant reviewer Allan Pulga. “The crust is crisp on the outside, soft and tender on the inside and slightly sweet. It has a bite like a bagel. Homemade pizza sauce is liberally applied, the meat is stacked high, and there is an obscene amount of cheese on top, cooked over high heat and golden brown like the top of a crème brûlée.

Jim Kolitsas remembers growing up in the pizza business. “I remember making dough with my grandfather. We were kneading the dough. He would throw empty pans like frisbees at me and I stack them on the counter. I remember asking why we put a damp cloth on the dough. I found it strange when I was a child. I was seven years old.

Regina Pizza, created by Greek immigrants, is loved across Canada

The Kolitsa’s beloved pizza is so well known that they regularly ship their pizzas across the country of Canada.

While Regina Pizza was created by the Kolitsas brothers in the 1970s, it should also be remembered that another Canadian pizza that has become a household word was also devised by Greek immigrants.

“Hawaiian pizza,” an unlikely mix of pineapple, ham and cheese, was created in the 1960s by the Greek immigrant Sotirios “Sam” Panopoulos, who arrived in Canada in 1954 from the village of Vourvoura in the Peloponnese.

By the early 1960s, Sam and his brothers had opened a chain of restaurants across Ontario. Acting out of curiosity, Panopoulos decided to put canned pineapple on a pizza, just to find out what it would taste like.

“We just put it on, just for fun, to see how it was going to taste,” Sam Panopoulos told the BBC in a 2017 interview he gave shortly before his death.

The result, Hawaiian Pizza, was an instant hit and is still popular across the country and in the United States, where there is much debate as to its culinary value.

Equally loud are the many detractors of placing pineapple and ham on pizza, but no one can say that this unique creation is going to die out any time soon.