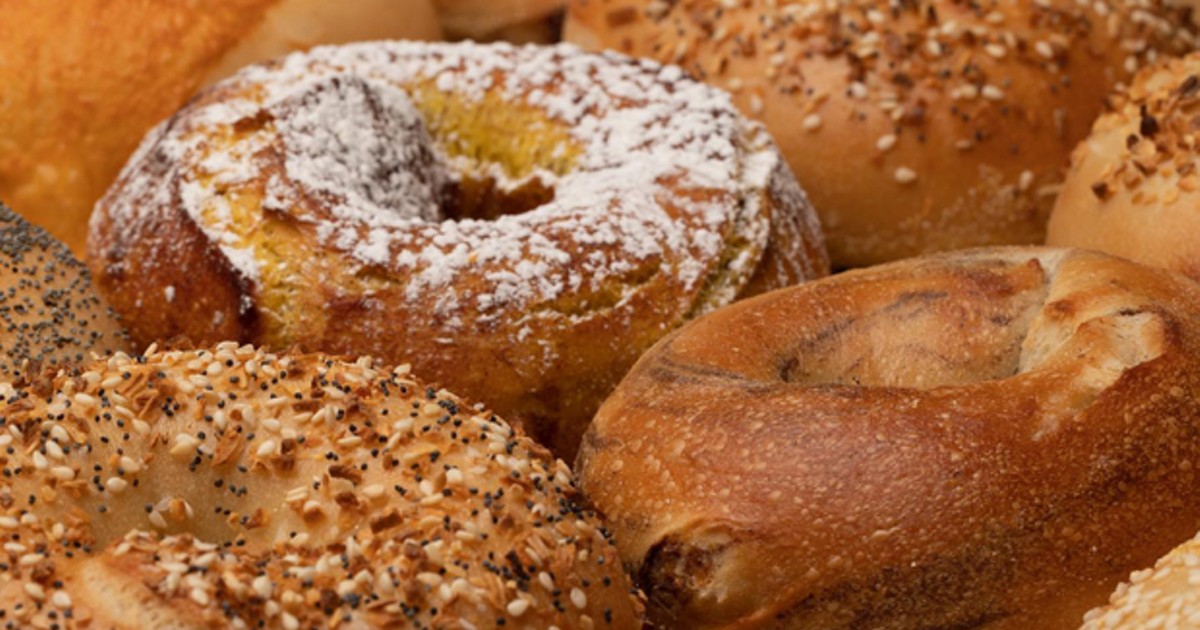 Two Bendites from the east coast have opened a New Jersey-style bagel cart in Bend. Mimi’s Bagels is the creation of Frank Anello and Charlize Peters, who moved to Bend about four years ago and quickly discovered they were missing the hand-rolled boiled bagels they had grown up enjoying. Anello is a fourth generation baker whose grandfather opened a pastry shop in Newark in 1932.

â€œBend has so much to offer,â€ said Anello, â€œbut it’s one thing from home that we’ve missed.â€

In addition to the bagel varieties that include flavors of poppy, onion, cheddar, everything, and French toast, Mimi’s also serves bagel sandwiches. In homage to their New Jersey roots, Mimi’s makes a sandwich with pork roll, a New Jersey-style breakfast meat that they shipped for their breakfast sandwiches. Other sandwich options include bacon and eggs, eggs and cheese, and a vegan variety, among others.

Mimi’s Bagels is a mobile cart. Current locations include Fridays at the Miracle Greens Dispensary at 905 SE 3rd Street, and Saturdays and Sundays at Cannabend at 3312 N Hwy 97 in Bend. The cart opens at 7:30 a.m. and closes at noon – although they tend to sell out earlier than that, Anello tells the Source. Bagel and cream cheese delivery is also available on Tuesdays on the website.

Mimi’s Bagel Deli
Open Friday to Sunday, 7:30 a.m. to noon (or when they are full)
Various places
mimisbageldeli.com