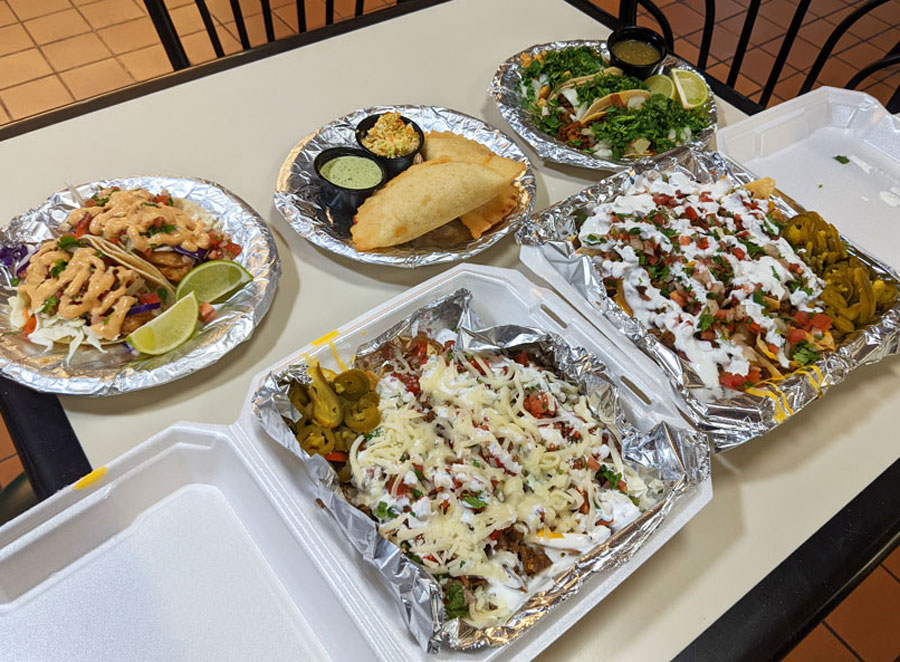 Latino Bites, in the mall’s food court, offers a collection of tasty dishes from Venezuela and Mexico, the birthplaces of husband-wife, owner-managing team Luis Munoz and Genesis Dumont, and d ‘somewhere else.

Empanadas are the star of the menu and, according to Dumont, what led to the birth of the restaurant just over a year ago.

“When we got to Pocatello, we were struggling a bit with money,” she said. … “We decided to make empanadas and sell to order from my house.”

The fried, chicken or beef empanadas were so successful that Dumont and Munoz decided to push their fries to the center of the table and move their distribution to the mall. When Latino Bites opened in December 2020, the couple had just $100 left in their pockets.

The empanadas that gave birth to the company are a rare offering as they are made in the Venezuelan style of Dumont’s roots, rather than the more familiar Mexican style of Munoz.

Dumont explained that the main difference is in the dough. Rather than the heavier Maseca dough, Latino Bites uses a lighter white corn dough. The result is a crispier exterior and a lighter, fluffier interior. And because sugar is added to the batter, there’s a hint of sweetness that Dumont and Munoz pairs well with a lightly sweetened cilantro cream dip.

The sauce, like almost everything Latino Bites serves, is homemade by its owners, with flavors passed down from their family.

Along with homemade family recipes, Dumont believes it’s the decision to serve fresh, homemade food that keeps customers coming back.

Unlike many restaurants, especially those you’ll find in a mall food court, Latino Bites does much of the prep at the counter. Order nachos and you’ll see the tortillas cut and fried into fries. Order the empanadas and you can watch the filling prepared fresh and pressed into shape.

Dumont said this process is a sign of the love she and Munoz put into their food.

“Everything is fresh, nothing is precooked,” she said. …”When you see something cooked (when you order), you know it’s good food.”

This marked my first taste of a Venezuelan empanada, and I have to say, it might just be the best empanada I’ve ever had.

The fried tilapia taco was perfectly cooked, with a crispy crust and a juicy center. The other tacos, along with the nachos and asada fries, were on par with the rest of the delicious food, which begs the question: can we expect Latino Bites to grow?

“We may be planning to get something different, something bigger,” Dumont said. “We would also like to expand our menu. But at the moment it is not planned, we want to grow as a company first. We certainly want to grow, we don’t want to stay in the food court. We want to do something bigger, but it’s not right now.

If you would like to make a recommendation for the next destination to include in East Idaho Eats, email [email protected] and include “EATS” in the subject line.