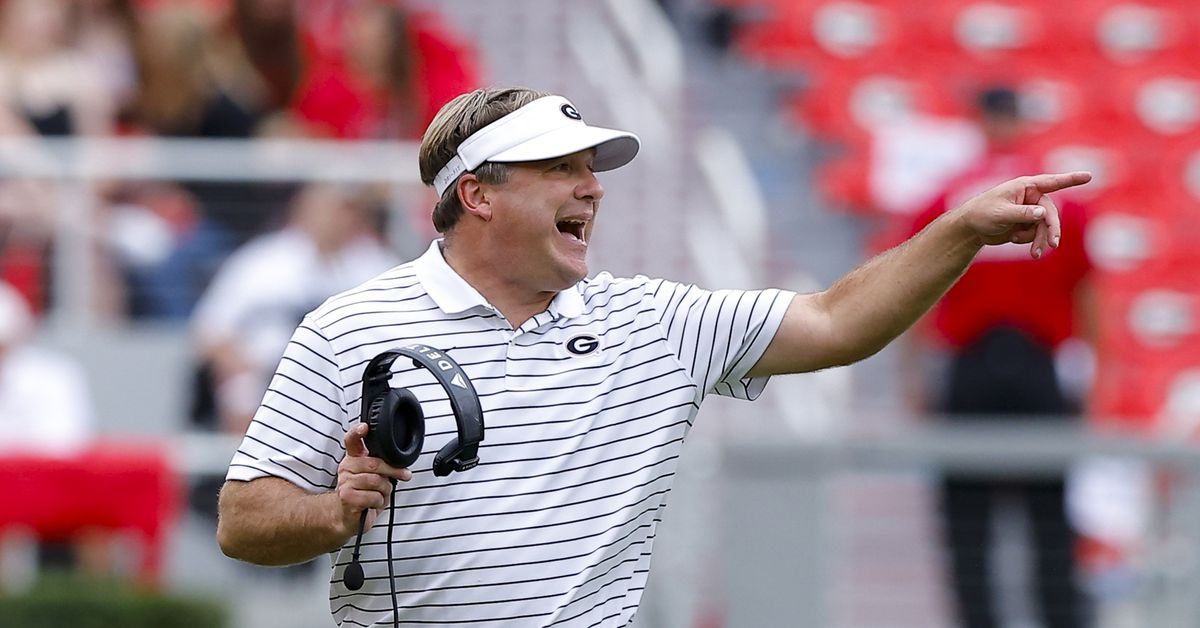 Gameday Morning Dawg Bites and Open Comment Thread – On this college football Saturday morning, we take a look at some UGA/SC news and enjoy an early morning open comment thread.

It’s another glorious Saturday morning just outside of Athens, Georgia! Soon we’ll be putting all kinds of chicken on the smoker, to be sauced both traditional and Carolina BBQ style. On top of that there will be smoked baked beans and smoked macaroni and cheese, cornbread baked in cast iron, and a frozen peach pie that I spent most of last night making. It’s going to be exquisite…as much as I expect today’s game between your #1 Georgia Bulldogs and the South Carolina Gamecocks to be.

But not everyone in the Bulldog Nation can be as blessed as I am. For reasons beyond comprehension, some of our fellow Dawgs made the trip to Columbia, SC for today’s game and we must keep them in our thoughts and prayers. While they may get to see Georgia live and in person today, I have to ask, “At what cost?” »

So this one is for all the poor souls heading to the Williams-Brice stadium…have a good visit, but don’t stay too long.

And now for your Gameday Morning Dawg Bites:

I have to say that I really appreciate the continued use of current players as storytellers. They’re big and they’re bad and the fact that they tell their own story is pretty cool.

As you know, this space will also serve as an early morning open comment thread. Let us know how you’ll spend your time before kick-off and what you think of this and the rest of today’s games. MaconDawg will soon be with your Q1 open comment thread.