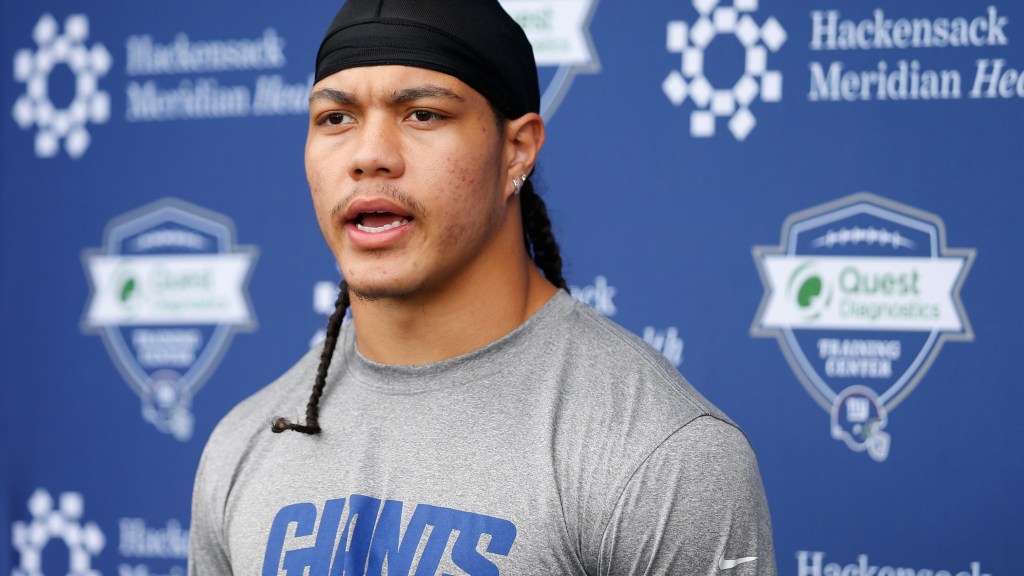 The New York Giants drafted Iowa safety Dane Belton with the 114th selection in this year’s NFL Draft and he’s set to embark on his first professional training camp this summer.

The Tampa native is always very green when it comes to the Northeast, especially with New York metro area cuisine like bagels and pizza.

“I didn’t,” Belton told Hawkeye Report when asked if he had checked out any of the local pizza or bagel restaurants. “Right now, I’m basically eating food from the establishment, so hopefully when I have a few days off and go to New York, I can venture outside.”

The Giants drafted Belton in hopes he can become a key cog in defending coordinator Wink Martindale this year and beyond.

At 6-foot-1, 205 pounds, Belton has played both safety and “hybrid” linebacker at Iowa and the Giants could push him into a similar role when he arrives at camp next month.

At rookie minicamp, Belton got a test of what was to come.

“In college, I played that star role as well as security,” Belton said. “Right now I’m just working on learning both the safeties and being able to be versatile, that’s the most important thing for me.

“Being able to play multiple positions in college translates to blitzing off the edge, covering deep and match routes below. Just shows the versatile aspect to myself. And right now I’m just learning about safety, but once I feel like I figured that out, I hope they can move me.