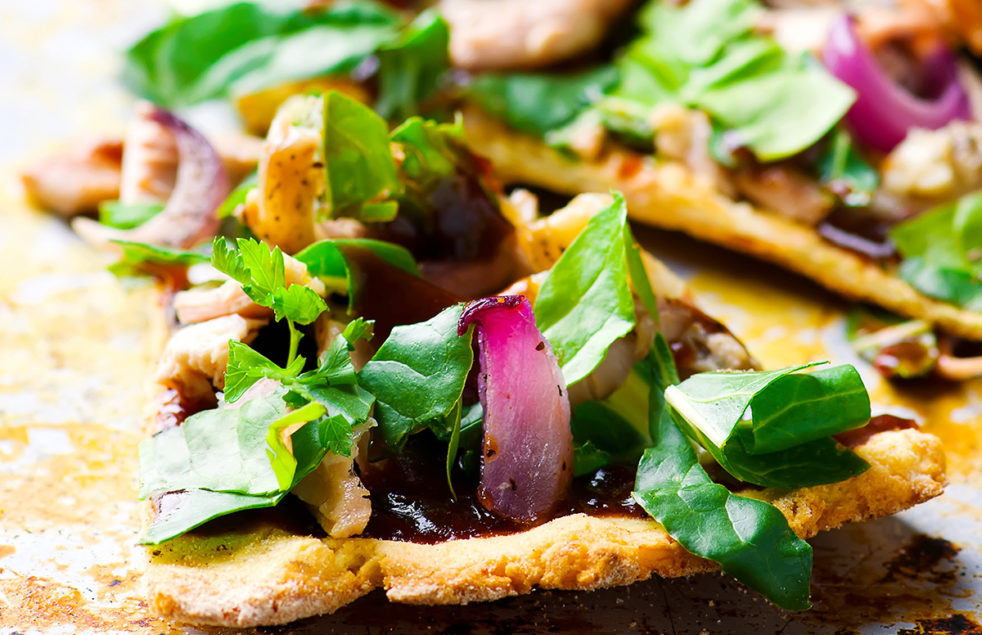 In the past year, homemade baking, including pizza, has seen some revival as the pandemic forced people to stay home. Homemade baking had lost some of its luster since the 2008 recession, when scratch cooking grew dramatically as consumers sought to cut spending. Over the past five years, there has been easier access to ready meals and food delivery services have exploded, according to Spoonshot.com.

In the first few months, baking became such a popular activity that there were actually shortages of flour, forcing people to use whatever they could get their hands on, including gluten-free flours. Spoonshot data shows that consumer interest in almond flour has increased 102% in the United States since 2019.

So how is the gluten-free trend influencing pizza – both in terms of consumer demand and alternative production methods for pizza makers?

â€œIts influence was felt about ten years ago when demand started to increase. At this point, several companies have developed gluten-free products that are much better than the first versions, and they are more easily accessible through suppliers, â€says Jeremy White, content director and editor of Pizza Today, Pizza Expo, and the ‘Artisanal Bakery Expo. â€œThe pizza makers have become familiar with the product and have done a good job for the most part in making it available to customers who want or need gluten-free products. “

The main flour options of choice for gluten-free baking have been almond or coconut flours, mainly because they are also sought after by consumers on a keto, paleo, or low-carb diet, experts say. . But there are many emerging options for alternative or gluten-free flours that could increase the space of â€œflourlessâ€ baked foods.

The future of the gluten-free market looks bright with opportunities in conventional sources, hotels and resorts, educational institutions, hospitals, pharmacies and specialty stores. The main growth drivers of this market are health benefits, adoption of special dietary lifestyles, increased awareness of celiac disease and food allergies, and greater availability of gluten-free products.

For example, Spin! Pizza, a 15-unit chain based in Kansas City with locations in Los Angeles, Dallas and Papillion, Nebraska, now offers three types of crust, including gluten-free and gluten-free cauliflower.

Ed Brownell and Gail Lozoff founded the company in 2004, after working together at Bagel & Bagel.

â€œAfter months of trial and error and with the help of friends and family, a final SPIN! Menu was created and the first restaurant opened in 2004. The fast-casual concept, l one of the first of its kind, opened with big reviews and long queues. The owners worked hard to ensure a culture of customer service above all else, which brought locals through town with a request to open more locations in their region.

The future is now

Pizza is leading the charge among restaurant-eating consumers, and gluten-free pizza offers an attractive option for consumers and pizza makers.

Hailey Rogers, head of R&D at Ardent Mills, and Sarah Waller, head of channel marketing for Ardent Mills, point out that pizza consumption is on the rise and with restrictions lifted, consumers want to support local pizzerias.

Increased customer demand for authenticity – foods with a history – as well as increased consumption of healthier rinds.

Gluten-free has been on menus for a long time, and current research shows that nearly a quarter of American consumers have a preference for gluten-free.

â€œGluten-free is not going to go away,â€ Waller emphasizes.

People are fascinated by heritage cereals – sharing origin stories – as well as regional pizza styles, such as Neapolitan.

Rogers points out that gluten-free options are now a big part of public demand, and more consumers strongly agree that they would choose healthier options when they’re on the menu.

â€œAncient grains can really complete that space because they’re already gluten-free. They hit a number of notes with people, â€she said.

One example is chickpea flour in pizza dough, along with gluten-free quinoa flour and pizza flour.

Pizza crusts may represent an untapped sales opportunity, says Waller, for example, an old-fashioned ball of grain pizza dough that she believes could attract great appeal.

â€œPlant-based diets have stamina,â€ she says. â€œSeek consumers to be more open to new flavors and new blends. “

A tasty pizza crust isn’t negotiable for pizza lovers, which is why Ardent Mills has made it easy for them to taste delicious with the nutritional benefits of a gluten-free food. Ardent Mills Gluten Free Pizza Flour makes your toppings shine, while providing gluten-free eaters a tasty way to enjoy the pizza they love.

â€œWhat is better for you and for the planet? It’s a driving force, â€says Rogers. â€œBe prepared for consumers to come back for their old favorites, plus some exciting new twists. “