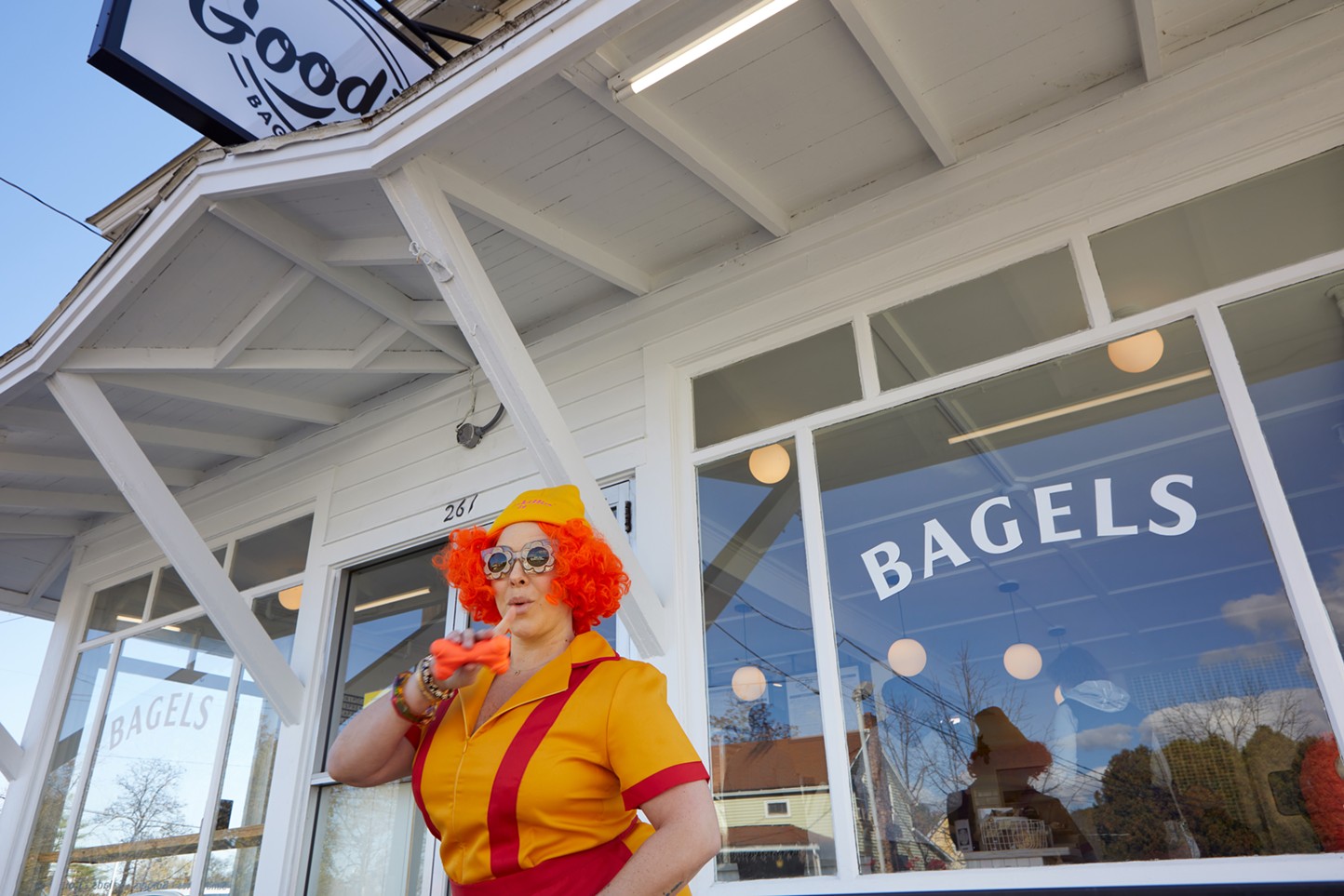 â€œWe like to say we’re a great place,â€ says Sam Jones, the charismatic co-owner of the Goodies bagel store in Catskill. â€œWe wanted to be able to bring something that everyone would like. We are so divided in this world. I know it sounds cheesy, but people can all agree on bagels. Since September, this small storefront has been serving bagels, sandwiches and other classic, pot-boiled deli-style products to Greene County locals and 9W travelers. Jones and his six friends, all co-owners of the store, want to create a welcoming atmosphere for all bagel fans. â€œWhen you walk into the store, bring yourself fully,â€ says Jones. “We want you to have a bagel and have a Goodies Day.”

Friends who have become business partners

While Goodies opened just two months ago, the seven friends behind have been coming to the area for five years, since Tim Unich, one of the co-owners, bought a farm in Saugerties. When the pandemic hit, the group began to travel more often, sick of the cramped quarters and isolation of their apartments in New York City.

As the pandemic dragged on, the idea of â€‹â€‹moving to the area full-time began to take shape, but there was one problem: The group couldn’t find a bagel shop to match. his expectations. â€œWhile we were up there playing Uno, we started falling in love with upstate New York little by little,â€ Jones said. â€œThe only thing that came up was, ‘I could never live here. There are no boiled bagels here, how would we survive? The conversation turned to “maybe we all move here and open something”, and that’s exactly what happened. ”

Initially, the friends made plans for Goodies to be a restaurant. Four of the seven partners have moved to the region, including Jones, who takes care of the company’s branding while continuing to work as Creative Director for ViacomCBS and Comedy Central. They moved to their Catskill site because of the city’s positive energy. â€œThere is just a cool vibe, and we felt like we were going to fit in,â€ says Jones.

During the early stages of planning, they stumbled upon Kinderhook’s Broad Street Bagels, which specializes in making Brooklyn’s pot-boiled bagels, and absolutely loved the product. After speaking with the owner, Jones and his friends decided to make Goodies a bagel joint, using bagels made by Broad Street.

Beyond the bagels, which are delivered fresh from Broad Street each morning, everything Goodies serves is made on site. As many local ingredients are used as possible. The bacon used in their egg sandwiches comes from Hudson, and the chicken used in “The Honey Dip” and “The Spring Chicken” sandwiches is free-range and organic. â€œIt was really important to us because what we put in our own bodies, we would like the community to put in theirs,â€ says Jones.

The resulting menu, developed by co-owner and executive chef Victor Malaric, consists of classic charcuterie dishes and a handful of signature sandwiches. Everything is served on a bagel, of course. Oy Vey All The Way brings a light twist to the traditional lox and cream cheese breakfast classic with pickled red onions for a tangy flavor. â€œWe add little touches that enhance the taste,â€ says Jones. Breakfast sandwiches are the shop’s most popular, including the â€œBagel Don Dada,â€ consisting of eggs, American cheese and bacon on the customer’s choice of bagel.

Bagels are the stars of the show – there are seven varieties ranging from simple to pumpernickel, plus a gluten-free option. Plain and flavored cream cheeses, as well as a vegan spread, are available. In addition, two types of burgers – a simple “Goodies Burger” and a “West Bridge Cheeseburger” are served, as well as fries and a house coleslaw.

The food and Goodies’ commitment to their customers is, according to Jones, what sets the restaurant apart. â€œWe just treat people the way we want to be treated and we feed people the way we want to be fed,â€ says Jones. “Goodies, it’s like that friend you want to hang out with, who’s going to support you at 3 in the morning if something happens and you’re sick, or there’s a breakup.” It is also this friend who mobilizes if you have a bad day.

Since opening, the community has embraced the store. The bagels have been sold several times and conversations are starting about future locations. â€œThe response is overwhelming,â€ Jones says. “People are arguing online from Leeds, Athens and Coxsackie over where the next Goodies should be opened.” While Jones and the rest of the team dream of growing, their focus is on community satisfaction. â€œWe really want to engage the community and get them excited about Goodies,â€ Jones says. â€œThey are as much a part of Goodies as we are. ”