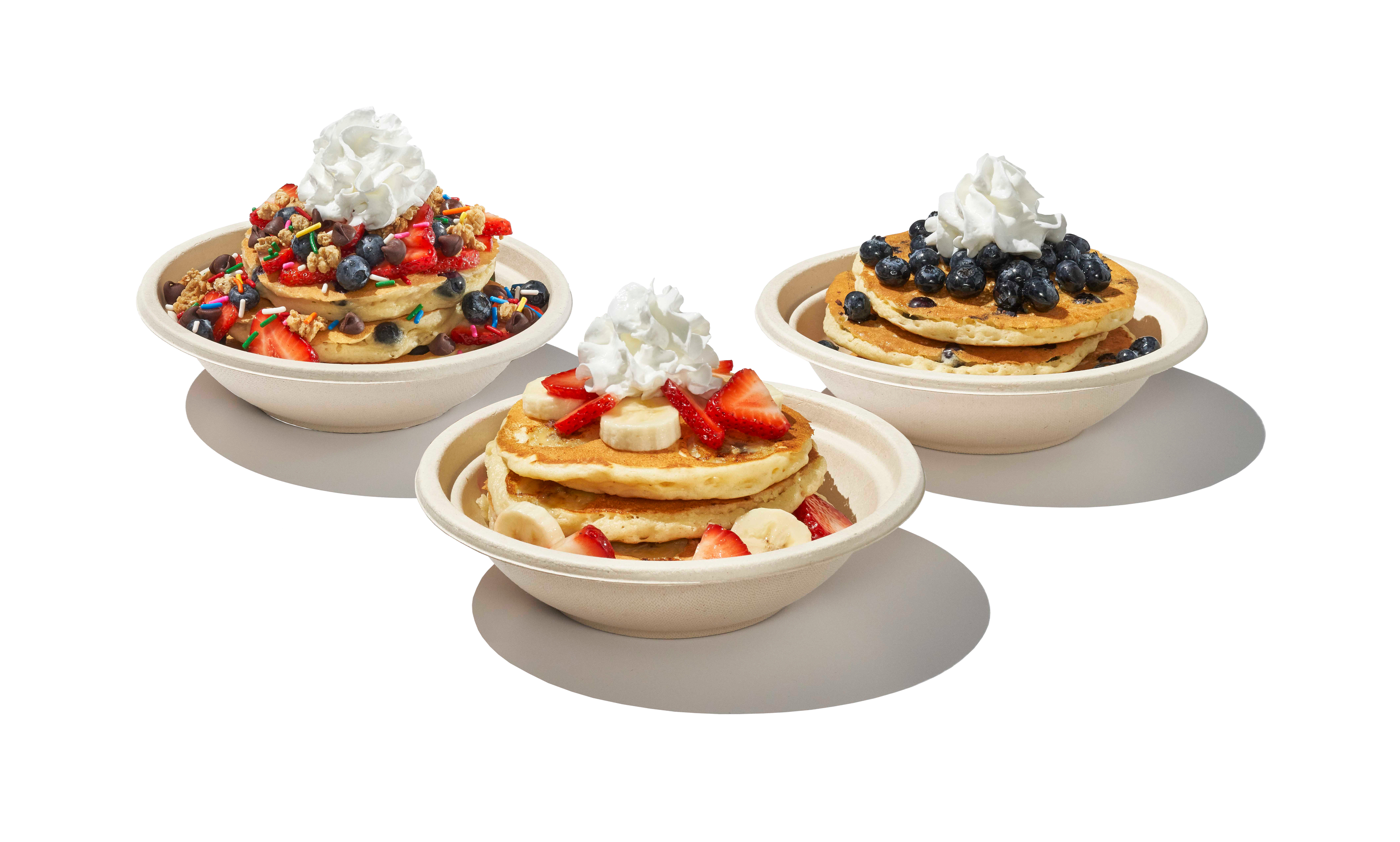 A new fast-casual IHOP concept, this one dubbed Flip’d, has officially opened its first NYC location on the Flatiron (23rd Street near Park Avenue South) and, yes, it’s serving the buttermilk pancakes of the chain.

But there’s more to it than that: New York foodies will probably especially appreciate the pancake bowls on the menu. Featuring four buttermilk pancakes stacked with an assortment of additional mixes, the bowls are just as delicious as they look: a true explosion of sweetness.

Other noteworthy menu items include sandwiches, burgers, a list of pancake-related orders that are sure to make your head spin, and other great breakfast choices. The Bacon Temptation, for example, comes with two scrambled eggs over crispy potatoes topped with jack and cheddar cheese, hickory-smoked bacon, roasted tomatoes, and tangy Hollandaise sauce available in a burrito bowl. Harvest, meanwhile, tops harvest cereal with shredded jack and cheddar cheese, arugula and spinach, sautéed mushrooms, roasted tomatoes, sliced ​​avocado and creamed avocado. Are you still salivating?

Upon entering the 1,800 square foot space, you will notice the fully open kitchen where staff are set up to prepare food to order, as well as a number of ordering kiosks and twenty seats for customers wishing to dine. .

The destination is run by restaurateur Robert “Don Pooh” Cummins of Brooklyn Dumpling Shop and IHOP franchise owner Bryan McKenzie. The duo are so excited about the operation that they plan to expand to ten locations in all five boroughs over the next five years.

New York is about to be inundated with a whole heap of pancakes.