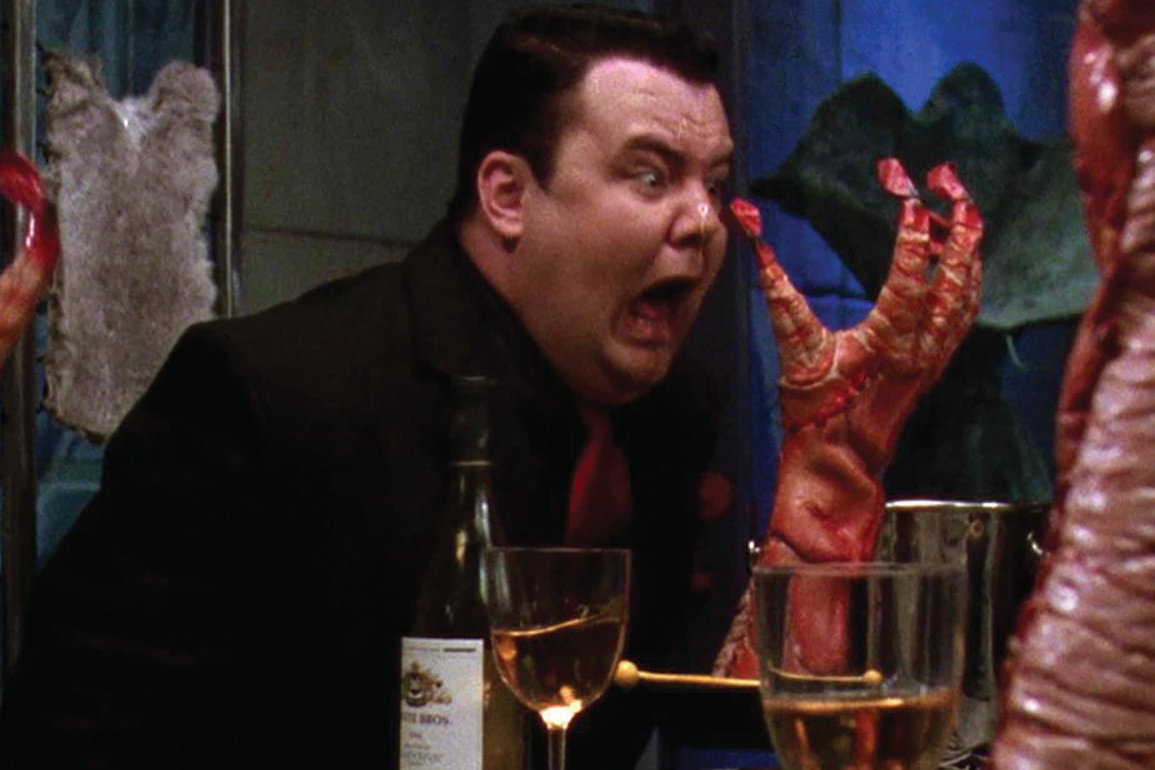 Horrible bites to eat this Halloween in Des Moines

It’s October, which can only mean one thing: it’s time to make that list and double-check it. No, not this list. We’re talking about the horror movie list – the can’t-miss scary seasonal movies that will have you using the buddy system to walk down dark halls; ones that induce house creaking jump scares that in any other month just sound lovely.

This journey of a film calls for a tea party in its own right. Make it possible by stopping at Gong Fu Tea (414 E 6 St, Des Moines) in the East Village. Gong Fu offers more than 100 teas, as well as many tea containers and cups to buy. Scarlet and Ginger herbal tea may not save a relationship doomed to ceremonial sacrifice, but the woody floral blend of Schisandra, hibiscus, rosehip and pointed ginger is as bright as a May Queen coif and gives a blood red elixir that you can ladle out to all your friends.

Django’s Shrimp Cocktail (1420 Locust St, Des Moines) is packed on ice in a perfect single container with lemon slices, cocktail sauce and six plump shellfish that we can almost guarantee won’t take life and will not cling to your face. Bonus points if you swing your hips and sing Harry Belafonte’s Banana Boat song while eating.

If you’re not pouring a tall glass of milk alongside a grilled cheese sandwich while watching this 1960s horror classic, you’re wrong. Choose from a plethora of grilled cheeses on the menu at Cheese Bar (2925 Ingersoll Ave, Des Moines) – from the classic made with a blend of Iowa-made cheeses to caramelized onions and a blend of gooey Swiss mountain cheeses from the Alpine. If, like Norman, you like to stuff things, opt for one of the restaurant’s most popular sandwiches, like the muffuletta, piled high with layers of charcuterie, house-made mozz and olive salad. The Cheese Bar also serves milk from Sheeder Cloverleaf Dairy at Guthrie Center.

Better than anything you can get at Captain Spaulding’s gas station and cooked by friendly, not-at-all-killer kitchen staff, Basic Bird’s Korean Fried Chicken has a crackling crust and is better drenched with the signature honey butter. and hot gochujang sauces. A meal for two includes nine large pieces of chicken, rice, and three rotating sides, like homemade cucumber kimchi and a cheesy corn concoction. Basic Bird (2724 Ingersoll Ave, Des Moines) only operates one night a week in the Harbinger Kitchen, so give Sunday Scaries a whole new meaning with this dinner and a show.

If your town has a zombie-themed burger joint, it’s sacrilege not to attach yourself to a double Dead feature. Zombie Burger + Drink Lab (300 E Grand Ave, Des Moines) even has burgers with names inspired by classic cult movies for you themed hardcore ghouls. Replacing a bun with two grilled cheese sandwiches, the They’re Coming to Get You Barbara burger is a terrifyingly delicious waste of a meal. Try the simple Dawn of the Dead topped with bacon, an egg and American cheese, or upgrade to the Jaun of the Dead with a fried croquette stuffed with cheese and green chili as big as a bun and patty. It oozes when bitten – need we say more?

(And let’s be honest: you can replace any zombie movie with this meal deal, so if you’re not terrified all month, keep it light but still enjoyable and gory with a vision of Shaun of the dead In place.)

Don’t be a Rose Armitage: Mix milk and cereal for your annual Get Out viewing with a stop at Totally Rolled Ice Cream (5545 Mills Civic Parkway Suite 103, West Des Moines). This one asks for Totally Brandon’s special breakfast. Vanilla ice cream mix and your choice of cereal (ahem, Froot Loop it) are spread on a freezer surface in a layer thin enough to roll into textured – and, dare we say, mesmerizing – spirals. spirals.