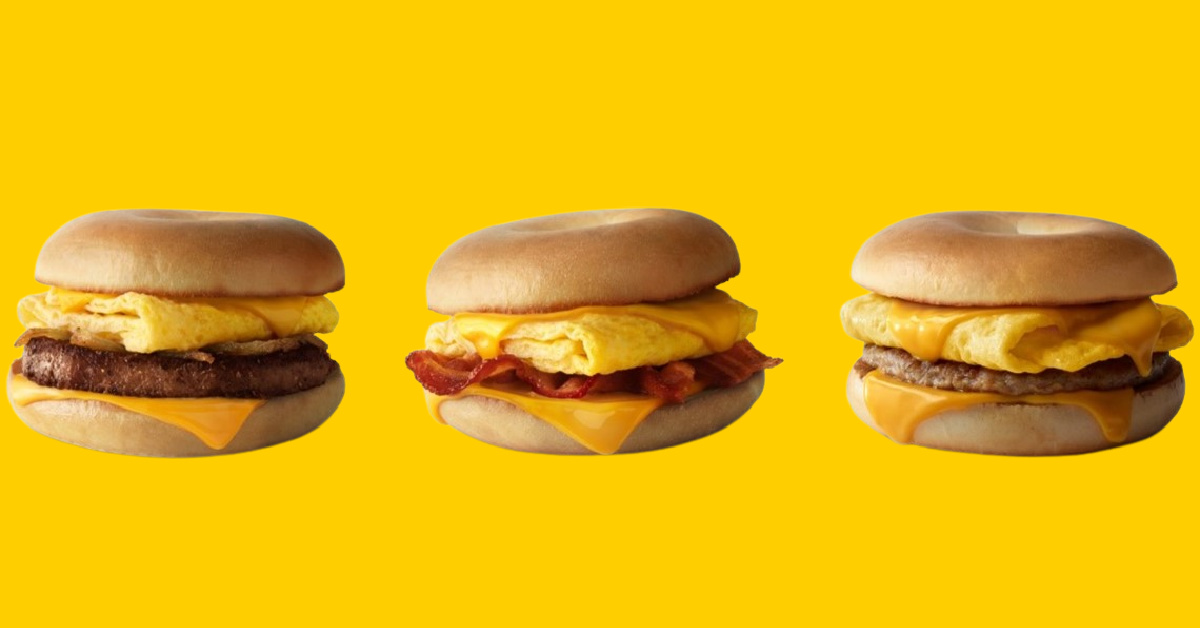 It’s not a drill, McDonald’s breakfast bagels are back

You all. McDonald’s is bringing back the Breakfast Bagel. I’ll be right here doing my happy little dance.

If you’ve spent any time on Twitter lately, you’ve probably seen the McDonald’s tweet that everyone is jumping on.

This is a short and sweet Tweet, which simply says “Bring back”.

People are stepping in and listing everything they want the fast food giant to bring back from retirement.

Some things are ridiculous – like, do we really need McPizza back??

Some things are legit. I would love for them to bring back McDonald’s Snack Wraps, Szechuan Sauce or Salad Shakers!

Now, McDonald’s made NO mention that they would actually be bringing back any of these menu items. It was just a fun Tweet to get us into our nostalgic feelings.

But, McDonald’s actually listened to customers.

A menu item that was just retired makes a comeback.

Of course, there is a catch — isn’t there always?!?

Breakfast Bagel sandwiches are back for a LIMITED TIME.

There is one more small caveat to the return of the Bagel Sandwich breakfast.

It will only be re-released in limited states.

Hopefully this is a precursor to a bigger rollout – a more permanent rollout!! The breakfast bagel sandwich deserves a coveted spot on the McDonald’s menu, doesn’t it? !?

5 easy steps to help you pay off your debt