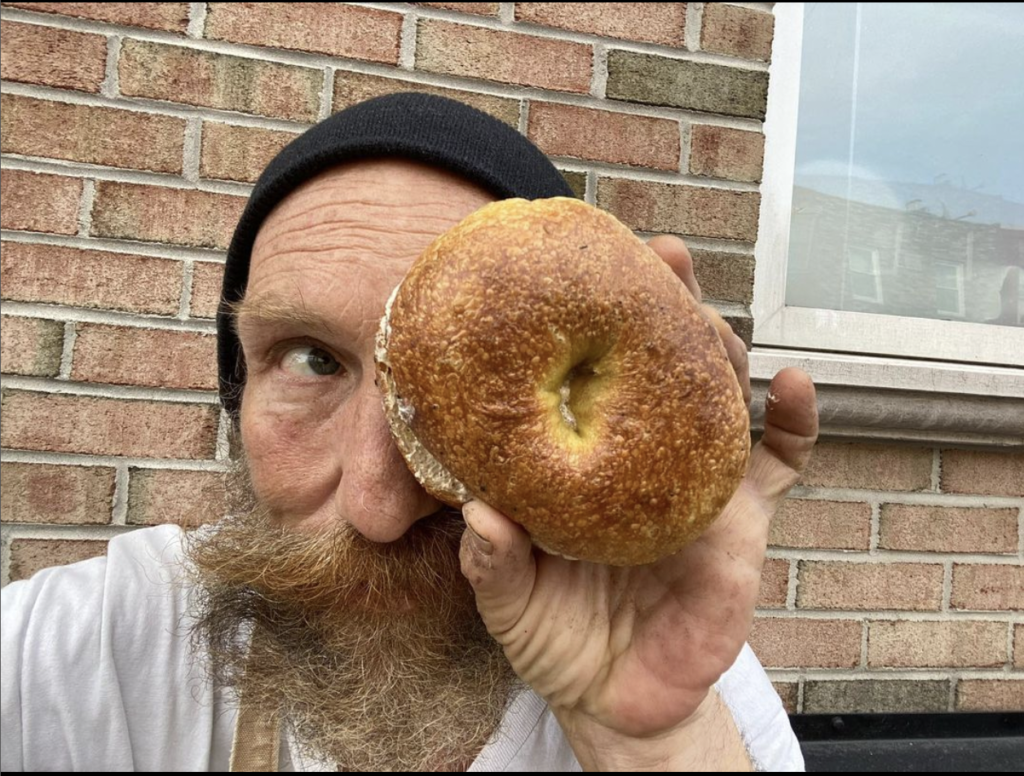 On the one weekday morning when Philip Korshak wasn’t running his bar on New York’s East Side, and his wife had a day away from her CNN editing bay, they spent their mornings the same way: Korshak Stopped at Bergen Bagels in Flatbush and picked up two bagel sandwiches, a coffee and a copy of the Sunday paper.

When burnout prompted him to move to Austin, Texas, a bagel wasteland, Korshak had to find a way to revive his and his wife’s tradition.

“I’m a romantic human and I didn’t want to give up on the thing that was important to us,” Korshak said. “And so I looked at her and said, ‘OK, then, I’m going to learn how to make bagels.

Receive the Jewish Exponent newsletter by email and never miss our top stories
We do not share data with third-party providers.

A long stint as a pizza maker at a New York-style pizzeria in Austin gave Korshak his cooking chops, and a new home in South Philadelphia three years ago gave him a clean slate and a foundation for Korshak Bagels, where he could supply bagels to far more people than just his wife. The store celebrated its first anniversary earlier this month.

Through his bagel shop, Korshak’s goal is to “manifest joy” through a new take on a humble Eastern European bread, using “Helen Mirren” sourdough starter and locally sourced ingredients.

Although born to a Jewish father (and parents married by a rabbi), the 49-year-old does not consider himself religious. Yet he abides by a dogma that can only be considered spiritual: “Every bagel is a love story.”

Korshak’s temple is the store on 10th and Morris streets in South Philadelphia where he bakes tried-and-true schmear-and-lox bagel sandwiches and reinvents the wheel with long, warm Cooper Sharp cheese bagels and homemade jams, including a clementine jam made with dates and Sichuan peppercorns.

A self-proclaimed “recovering scholar,” Korshak publishes poems for his customers, who wait loyally in a long queue outside the store, to be seen. He scribbles verses about summer heat and city noises on bakery paper with a Sharpie.

Korshak’s mother taught her son at an early age the importance of poetry. Long before Korshak pursued a master’s degree in poetry at Wake Forest University in North Carolina, he learned the power of poetry to express universal truths in a carefully wrapped package, where the negative spaces of prose have as much meaning than the words around it. .

After years of making a similar physical product – a ring of substance with a signature hole in the center – Korshak came to see poetry and bagels as similar.

“With poetry, what you’re trying to do is express something that’s very, very big in an incredibly limited way,” he said. “That the amount of control you have has to be let go almost completely, in the idea of ​​how it’s going to affect the human reading it.”

Those familiar with the work of yeast, especially the wild yeast found in sourdough starters, understand the importance of giving up control of their product. Even if a baker measures each ingredient to the nearest gram and follows their own recipe, yeast may react differently to different weather conditions or bacteria in the air.

“The good thing about dough — and more importantly, wild yeast — is that it doesn’t move in the same amount of time that we do,” Korshak said. “It moves on its own, and so when you start putting your feelings around what is an hour, or what is a day, or what is three days, or what is a beginning, or what what an end – it’s very good and great, but it really doesn’t have any resonance.

Korshak’s experience in embracing change and unpredictability extends beyond his product. Last summer, the 14 workers at the shop joined a union, a decision supported by Korshak.

“I hired 14 people a little over a year ago. They were all foreigners and within three months, because they wanted to see a different world…organized to become a union, and that’s beautiful,” he said.

The baker’s romantic sensibility connects his support for his workers to his deep belief that every bagel is a love letter.

Korshak believes that one day the next generation of workers, inside and outside his bagel shop, will work to make the world a better place, but he is at peace knowing he won’t be alive to see that day.

After finishing a bagel – taking it out of the oven, opening it into slices and filling it with schmear and jam or sizzling egg and cheese – Korshak comes to the same conclusion: when he hands the bagel to the customer, he will never know the true impact of the bagel on the customer.

“The best thing about a love letter is…you put it on paper, and you put it out there, and you’ll never, ever be there when the person reads it,” Korshak said. “And you’ll never really know what’s going on with that.” In fact, you will only know that your loving intention was pure. That’s the point.”

Student Loan Forgiveness Is Expanded, But Not For These Borrowers — Will They Be Left Out Of Broad Cancellation, Too?