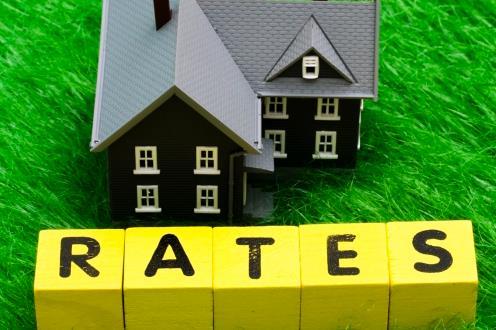 UK households are set to suffer a 7.1% drop in living standards over the next two years, the biggest drop in six decades, according to a new forecast from the Office of Budget Responsibility (The Financial Times £).

The UK is already in a recession that will wipe out eight years of growth in living standards, the official economic forecaster (The Times £) has warned.

Thousands of shops, pubs and restaurants are on hold for £14billion in aid aimed at tackling rising business rates next year, but the government has stalled ahead of more fundamental tax reform (The Times £).

The UK warehouse sector has criticized a business tax hike targeted at online retailers such as Amazon, as the Chancellor used the tax to ‘soften the blow’ for high street shops (The Guardian) .

Annual allowances for dividends and capital gains tax will be halved within two years, a blow to investors and business owners (The Times £).

Companies will face a £32billion tax bomb next April as Jeremy Hunt battles to balance the books (The Mail).

Small businesses were disappointed by Hunt’s autumn statement (The Financial Times £). Three business owners from the food, software and fishing industries describe the challenges they face.

Lidl plans to overtake Morrisons as the UK’s fifth-largest grocer, with an additional 770,000 shoppers a week flocking to its doors (The Mail).

People are switching from traditional supermarket chains to Lidl as they battle the cost of living, the discount chain has claimed (The Times £).

Lidl said it took £58million in extra sales from traditional supermarkets over the past month as shoppers looked for ways to save money, after profits quadrupled following a rebound of the Covid disruption (The Guardian).

More than 70,000 shoppers lined up online and hundreds lined up outside UK stores to get their hands on Aldi’s toys and merchandise based on its Kevin the Carrot adverts (The Guardian).

More than 700 workers at a food manufacturing plant that supplies Tesco, Sainsbury’s, Morrisons and Marks and Spencer will strike from late November until the new year in a row over wages (The Guardian).

Egg shortages and rationing in the UK are set to last beyond Christmas, an industry body has warned, as the poultry industry grapples with spiraling costs and its worst episode of bird flu (The Guardian).

Shoppers are looking for better value in their purchases, according to Finsbury Food Group (The Times £).

Pub group Fuller’s said it expects a busy Christmas period and a boost from the World Cup, but warns of challenges for the business from soaring football costs energy, inflation and rising interest rates (The Financial Times £).

Sales at Fuller, Smith & Turner have returned to pre-pandemic levels in recent weeks with commuters and overseas visitors returning to central London (The Times £).

Alibaba saw slow growth in the third quarter as the e-commerce giant continues to feel the impact of China’s zero-Covid lockdowns, which have hammered economic growth and consumer spending in the country (The Financial Times £ ).