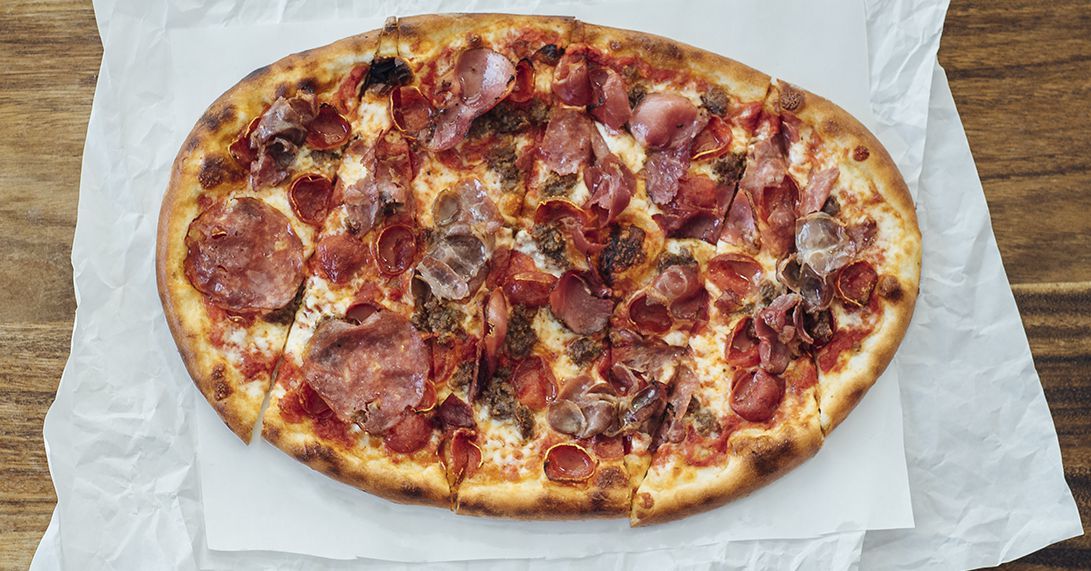 A new pizzeria is opening in South Austin this fall. Dovetail Pizza will open at 1816 South First Street in the Bouldin Creek neighborhood beginning in mid-November. This also means that the address’s current restaurant, Indian spot Mumtaz Market, is closed.

Dovetail will serve pizza, salads and pasta. The first will include pies like Spicy Italian with Italian sausage, mozzarella and chili peppers; meat (a mixture of pepperoni, sausages, bologna and coppa); crab (which will be paired with roasted corn, cherry tomatoes and a crispy chili condiment); and the BitterSweet (with smoked eggplant, ricotta, sweet and hot peppers and arugula). The pizzeria notes that it won’t offer the chili flakes and parmesan pizza staples; instead, it will contain crispy chili and herb vinegar oil for extra drizzles of flavor. Manley, who is also the corporate manager of McGuire Moorman Lambert’s bakery, developed the pizza dough. There will also be a gluten-free option.

The rest of the menu includes appetizers and sides like fried bread (a Native American food) accompanied by smoked eggplant, corn-fried calamari and grilled ricotta with butternut squash chutney. Then there are salads, pastas (spaghetti and meatballs, vodka rigatoni, etc.) and desserts like soft serve ice cream and fried sundaes. Drinks include spritzes by the glass or pitcher, natural wines, and draft beers. The name of the restaurant is a carpentry term where two pieces of wood are put together.

Present Tense is also involved in bringing Roberts’ closed Indian restaurant, G’Raj Mahal, back to East Austin later this year (the restaurant closed the Rainey in 2021). The company also originated the downtown location of Rosen’s Bagel in Republic Square Park (which took over what had been Salt & Time’s secondary cafe space).

When it opens, Dovetail’s hours of operation will be 4 p.m. to midnight Wednesday through Sunday for indoor and patio dining services only (read: no takeout available).

Horrible bites to eat this Halloween in Des Moines

A New, Bigger Student Loan Forgiveness Initiative Is Set To Launch — And It’s Not The One That You Think