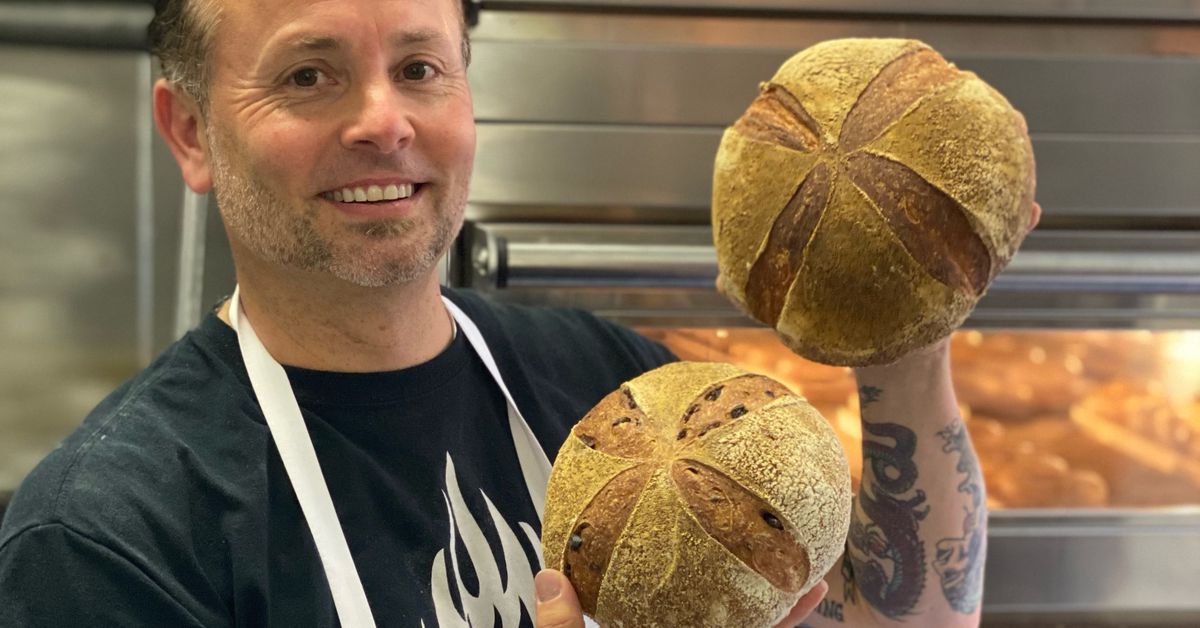 Italian bakeries are a staple in North Beach, but the art is slowly dying out, according to Tony Gemignani, prolific and award-winning pizza maker and restaurateur. He remedied this himself by opening Toscano Brothers, a bakery specializing in sourdough bread and bagels, on May 1. It’s actually a three-in-one operation, with bagels operated in the bakery under the name Dago Bagel (yes, as in the insult used against Italian Americans), bread from Toscano Brothers and possibly pastries under the name Antonio’s Pastries.

But first, the story behind Dago Bagel: Using the insult in the name of his bagel store is a way for Gemignani to reclaim the power of the word and educate others, following an altercation in front of him. his store with a customer who threw it at him during a horrific argument outside one of his North Beach restaurants. “Controversy creates awareness,” explains the chef. “I think it’s important to question that and show how important the Italian heritage is to North Beach.” He will also donate a portion of the bagel sales to the San Francisco Italian Athletic Club Foundation, a fraternal organization based in North Beach; Gemignani sits on the board or directors.

According to Gemignani, these are tried and true New York-style bagels, hand-twisted, boiled in water and malt syrup, and baked for a chewy, almost hard texture. He’s been working on the recipe for years with fellow pizza champion Adam Sachs, perfecting the style and even making his own pine boards for baking bagels.

The bakery is a welcome addition to a neighborhood whose market options have dwindled in recent years. Carb mainstays like Liguria Bakery, known for its excellent focaccia patties, and Victoria Pastry, which features a case overflowing with Italian cookies, pastries and cakes, have kept the fort going, but there’s certainly room for it. bread, and in particular bagels. â€œThere really isn’t a sourdough bakery in North Beach,â€ says Gemignani. “If you listen to your neighbors, that’s what North Beach is missing.”

It’s also the chef’s new production facility that supports dough production for all of his restaurants, including Tony’s Pizza Napoletana, Capo’s and his Tony’s Slice Houses. This was in part a response to the increased outdoor seating that was added during the pandemic, when indoor dining was completely closed. â€œWe increased the seating capacity at Tony’s and Capo’s by 100%, so the dough production was crazy,â€ says Gemignani. “I thought to myself that we could do numbers that we had never seen before when it got back to normal, and I wanted to be ready.”

Gemignani will continue to use freshly ground grains from Central Milling Co. in Petaluma to bake Italian country breads, baguettes and more, many of which will also be featured in panini sandwiches and French bread pizzas like her mother did. He has used their flours in his restaurants for years and has created his own spelled flour that he grinds in-house. Here are the three main breads that will be available at the opening:

And like any good Italian bakery, there will be coffee, sourced from neighboring Caffe Trieste to accompany the pastries that will soon be on offer. That component of the bakery is Antonio’s Pastries, a line of desserts served in its restaurants such as tiramisu and panna cotta that will eventually be available in bulk at city cafes.

When the bakery opens at 728 Vallejo Street on Saturday May 1, it will be open from 8 a.m. at 3 p.m., Thursday to Sunday. (They’ll bake around 100 loaves of bread and 200-300 bagels a day to start with, so selling before 3 p.m. is an obvious possibility.) There’s no seating, so head over to the counter, place an order. , then head to Washington Square Park for a picnic.

Looking for some good bagels