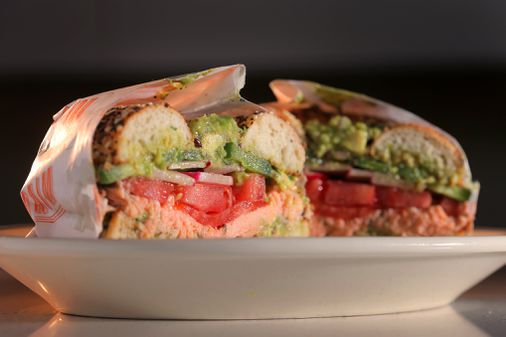 No more bagels for Brookline at a second Mamaleh’s

Or : Mamaleh’s, in Brookline this time.

Why: The deli has opened a second branch in Washington Square, and you want bagels.

The backstory: The first Mamaleh’s opened in Kendall Square, Cambridge, in 2016. The new location was previously a Dunkin ‘, as evidenced by the still-present’ D ‘handle. (Inside, however, everything is in classic black-and-white tiling.) To open the restaurant, the Mamaleh team teamed up with crowdfunding company NuMarket, raising more than $ 180,000. In return, campaign supporters receive 120% of their contributions in the form of credit to be used at Mamaleh.

What to eat: Classic bagel sandwiches, with Nova and cream cheese or whitefish salad, plus tomatoes, capers and red onions. Hot corned beef over seeded rye with mustard and half a sour on the side. A Reuben pastrami, pressed over rye with Swiss, sauerkraut and Russian vinaigrette. Don’t forget to add a babka muffin, a pumpernickel or rugelach chocolate chip cookie, as well as treats from the deli crate (tongue! Egg salad!) And freezer (matzoh ball soup! Blintzes) !).

What to drink: Along with bagels, coffee made with Bubbe’s Beans, the house blend created by Barrington Coffee Roasters. With deli sandwiches, Dr. Brown’s Cel-Ray, black cherry or cream soda.

Takeaway meals: Washington Square’s long-running B&D Deli closed in 2005, and Mamaleh’s is here to help fill the void in the neighborhood.