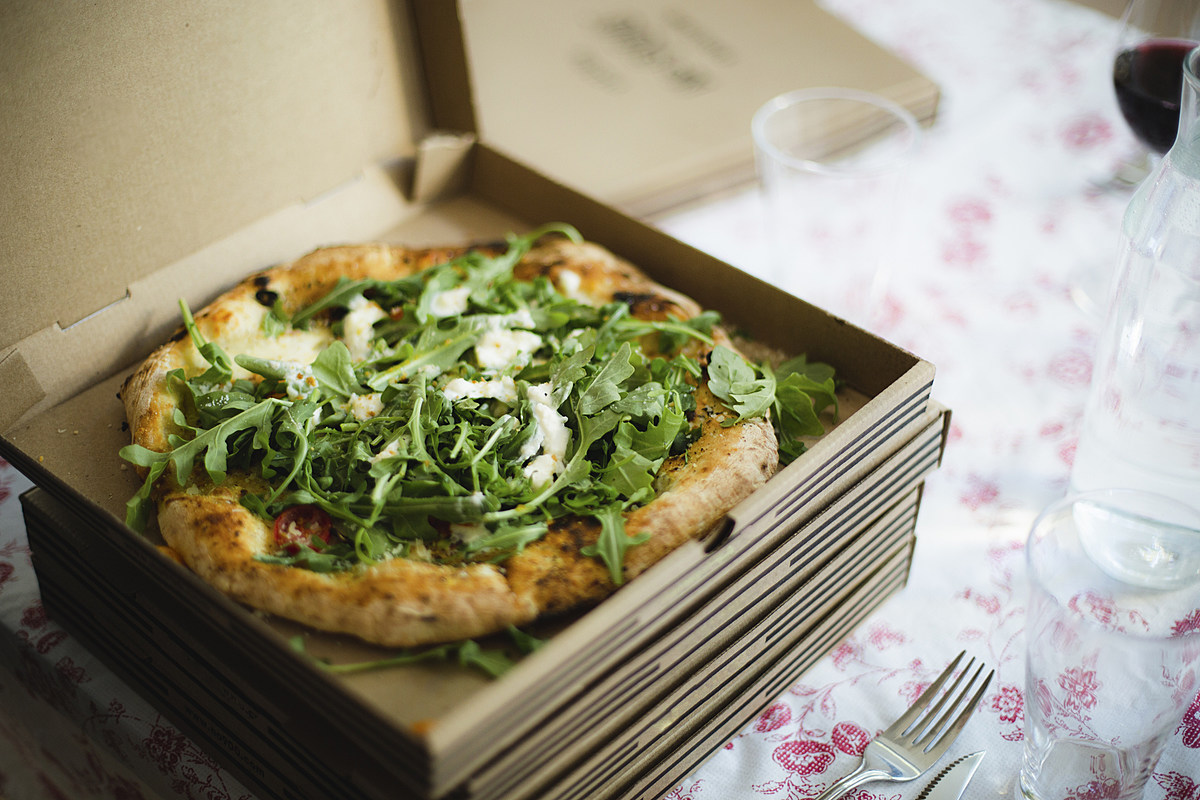 Notice to pizza lovers: this vegan brand is opening a drive-thru

When schedules are hectic, there is often not enough time to find a table in a restaurant or to prepare food at home. Customers trying to eat healthier face this dilemma when looking for a quick bite, but now, if you live in the tri-state area, you’re in luck. New York-based vegan brand Valerie’s just announced it’s working to bring healthy fast food to the tri-state area with the region’s first vegan drive-thru.

Founder and CEO Valerie Bendish first launched her vegan brand to serve frozen vegan pizzas made by chefs in the New York area. Following strong sales since its May 15 launch date, the entrepreneur has decided to expand offerings and availability. Valerie’s drive-thru restaurants are scheduled to open in the New York, New Jersey and Connecticut areas in 2023. The business is currently still in the planning stages.

“I was blessed and grateful to align myself with the right people from the start of this project and we are very proud of what we have already accomplished with this company,” Bendish said. “We deliver the first healthy vegan pizza accessible to celiacs, vegetarians and anyone who loves delicious food! The company has big expansion plans in the Drive-Thru industry, starting with Caldwell, New Jersey, on Bloomfield Avenue. I am honored to work with some of the best and brightest minds in the industry on the future of clean food and sustainability.

Bendish hopes to tap into the growing vegan fast food market. With US consumers becoming more health and environmentally conscious, the vegan fast food market is expected to reach $40 billion by 2028, growing by an unprecedented growth rate of 11.4%. With the help of nutritionists, doctors and master chefs, Valerie’s drive-thru menu will feature several healthy options, including portabella burgers and Buddha Bowls.

Valerie’s joins forces with several major partners, including head chef Helmut Holzer and iconic vegan brand Follow Your Heart – with whom the company has previously worked to develop its plant-based pizzas.

Bendish launched Valerie’s vegan pizza brand in May at Downtown Natural Market in Queens, New York. The all-plant-based pizza company offers a gluten-free, kosher, cauliflower-based crust made with the help of Chef Holzer. When initially launched, the company sold 30 pizzas in four hours.

When Bendish went vegan in 2020, she felt inspired to develop a brand that would cater to the growing population of plant-based consumers in New York. With the help of several food experts and chefs, Bendish has spent the past two years creating the perfect vegan pizza, and now the vegan founder is striving to bring New York customers a healthy alternative to cooking the most famous in town. The brand announced that it would expand its selections and distribution to become available in Manhattan.

“I went vegan in January 2020 and realized it was a fair process to find real vegan food that was delicious, healthy and affordable,” Bendish shared with vegeconomist. “I decided to connect with some of the doctors, chefs and nutritionists I met while working at The Plant Based World with VBPR. Our goal is really to make delicious and healthy meals to change the landscape of the industry fast casual.

Valerie’s will join a growing list of regional fast food joints that aim to bring plant-based consumers the classic American dining experience. On the West Coast, Plant Power Fast Food currently operates 11 storefronts with plans for rapid expansion across the United States. After partnering with Scale x 3 Management, the brand plans to have 15 restaurants open by 2023. Most recently, Plant Power Fast Food just partnered with Alpha Foods to help bring its prices down from the large fast food companies such as McDonald’s and Burger King. .

Newcomers to vegan fast food have inspired significant plant-based development among big business. For example, McDonald’s recently launched its first meatless burger, the McPlant, in select locations. The company intends to expand the McPlant to sites nationwide. Other fast-food chains, including Burger King and Panda Express, have added meatless alternatives for beef and chicken products with more plant-based options in development.

Some big fast food chains, however, have been swept away by a new generation of plant-based fast food. In California, the flagship location of 1950s-themed burger joint Johnny Rockets closed, and last month vegan fast-food company Nomoo opened in its place. With help from franchise company Fransmart, Noomo also expects to expand nationally, bringing a plant-centric fast food menu to more Americans.

For more plant-based events, check out The Beet’s News articles.

Fast-food restaurants have finally gotten the hang of their clientele not just coming for a burger, fried chicken, or beef taco. Many now have plant-based foods and come up with creative and delicious ways to add more greens to the menu. Here are the 6 best fast food chains with plant-based options on the menu.

delicious frozen treats to try in Milwaukee this summer