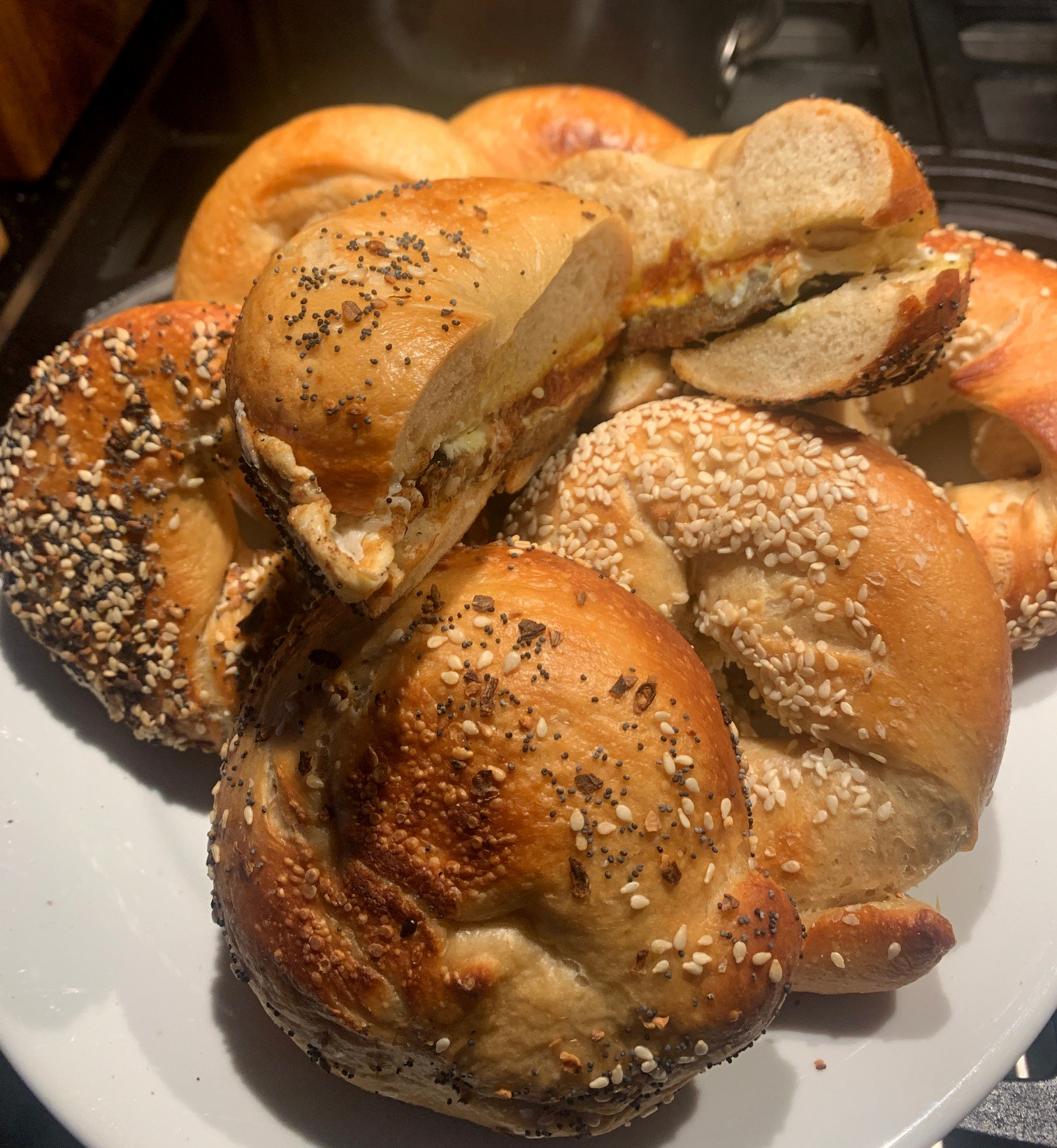 ALBANY — Pearl’s Bagels & Bakery opened Dec. 8 at Crestwood Plaza in the city’s Whitehall neighborhood. The owners, who built the store in a space that once housed a hair salon, are Rachele Feisthamel, owner of Little Dog Advertising agency in Albany, and her husband, Kevin Feisthamel. The bakery is named after Rachele Feisthamel’s dog, Pearl, which also inspired the name of her advertising business. Pearl’s was first announced in April.

Current hours are 6 a.m. to 2 p.m. Wednesday through Sunday. The bakery’s bagel repertoire includes at least 10 varieties, but shortly after 7am today there were six: everything, onion, garlic, poppy, sesame and plain. There are also challah rolls, eight varieties of homemade cream cheese, breakfast sandwiches, 10 signature sandwiches, a build-your-own option with 30 possible sandwich ingredients, and a few sweet baked goods. For drinks, coffee, tea, and basic espresso drinks are available. Pearl’s has not yet posted its menu, but my picture is here.

The take-out-only, tableless service is efficient, but the store is small – maybe room for about six people, in these hidden times. During its soft opening phase, I am told that there is no option to order in advance, by phone or online yet. But the company is literally a week old; a note on the menu posted behind the counter reads, “Thank you for your patience while we learn the ropes.”

Joyride Pizza is a long journey from the hippie cuisine of their childhood – J.