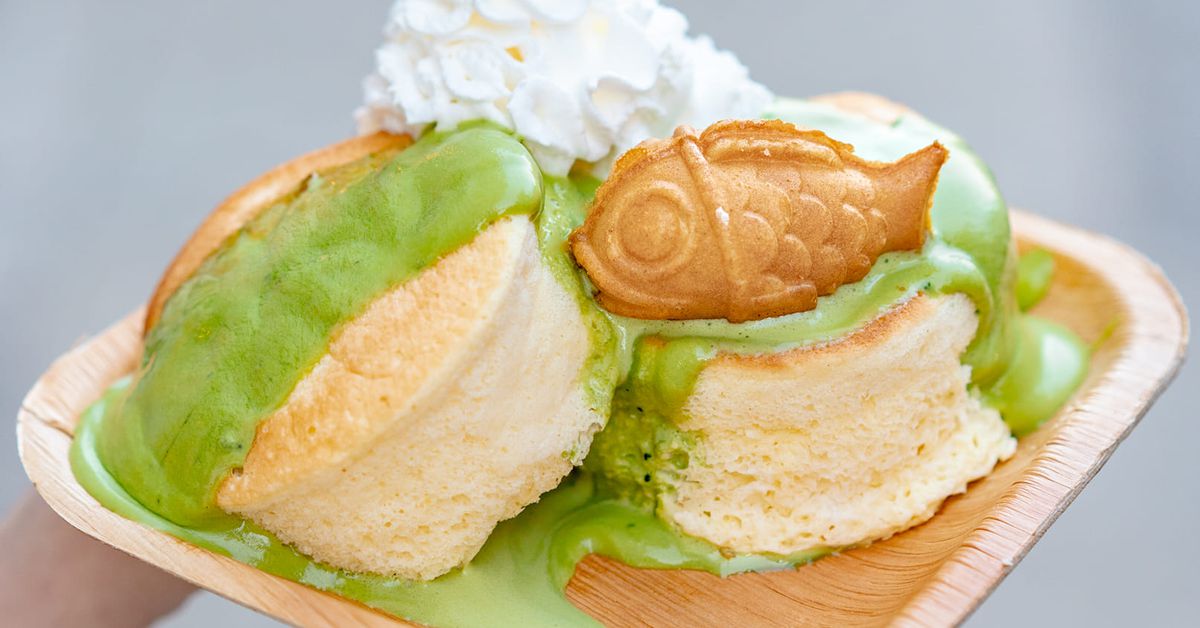 Chinatown Japanese Dessert Shop Taiyaki draws extremely long lines with a new menu item: fluffy puffed pancakes. People lined up for two hours for the pancakes last weekend, which are topped with sugar, butter, whipped cream and syrup, or matcha cream. The Chinatown restaurant at 119 Baxter St., between Canal and Hester streets, sells a stack for $ 7 from 11 a.m. to 2 p.m. on Fridays, Saturdays and Sundays.

Toasted pies at Purple – which pays homage to Rhode Island restaurant Al Forno, famous for this particular style of pizza – are “super thin” although still “chewy” and the dough bears similarities to naan, New Yorker critic Hannah Goldfield writes in his last review. The “classic” pie is “deliciously” topped with pecorino, mozzarella, cheddar and gruyere, which are then garnished with spoonfuls of “sweet” tomato puree and green onions. But chief Matt hyland poorly highlights Rhode Island’s famous baked clams known as stuffies, which are here packed with Portuguese sausage and uni – a “disappointingly gooey” iteration, she writes.

Democratic presidential candidate Sen. Kamala harris dinner with a civil rights activist Al sharpton to harlem icon Sylvie’s Thursday. The duo would have spent about half an hour in a restaurant to discuss topics such as criminal justice and economic inequalities over breakfast. She ordered chicken and waffles, while he had a plate of banana slices and toast.

professional tennis player Maria sharapova has a knack for eating well in New York. A recent visit took her to Jean-Georges’ vegetarian restaurant AbcV, where she particularly enjoys cooked sauerkraut, as well as the popular Little Italy pizzeria Rubirosa. There, she ordered a half-classic, half-pepperoni pie, as well as a â€œQuarter Waterâ€ cocktail, one of her favorites in town. She also rocked by a new Soho cafe called Matchaful for a zen matcha-vanilla latte.

Supreme Court judge Ruth bader ginsburg said Russ and girls helped shape what the idea of feminism is made for her at an early age. She remembers visiting the appetizing Jewish shop on the Lower East Side when she was young and enjoying its pickled herrings, poppy seed bagels and lox. But more than that, she remembers seeing a store that loudly proclaimed in her own name that it would be passed down to daughters, not sons – a powerful notion for a girl who grew up in her 1930s and ’40s.