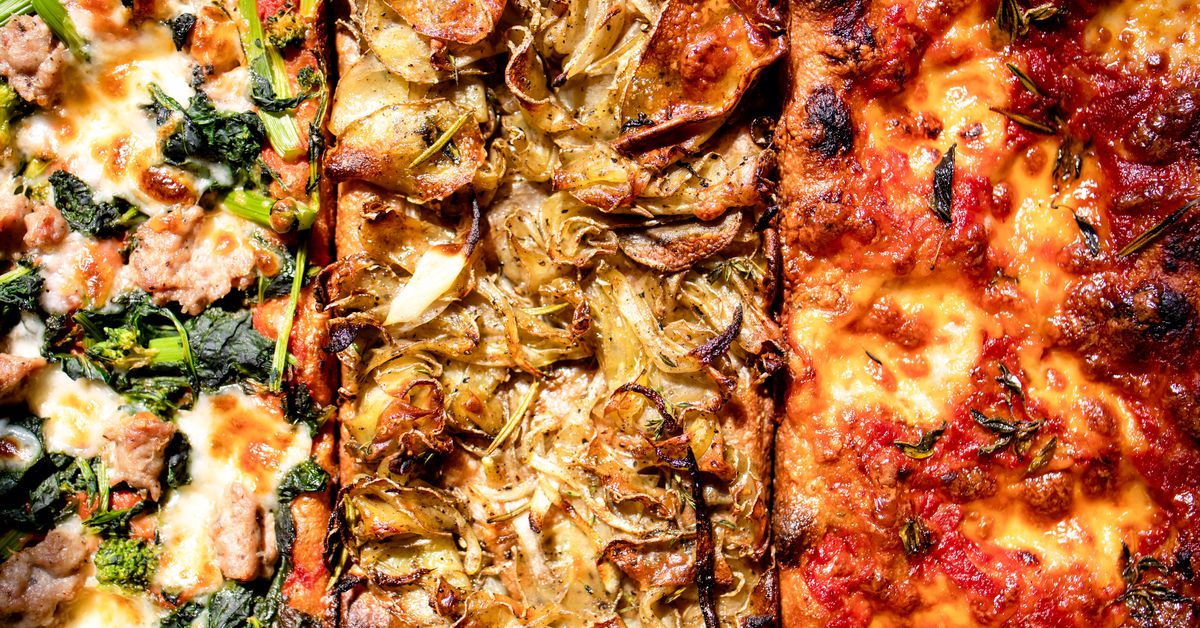 Lost Bread Co., the home of the pretzel shortbread heard around the world, now brings another bread treat to its Rittenhouse location: hearty, rectangular cheese pies made with whole wheat flour and locally sourced ingredients.

The bakery has long been committed to using stone flour and local ingredients as the basis for its bread and baked goods, and that mission will continue with its first pizzas. Alex Bois, owner and baker of Lost Bread Co., says that for this purpose, the pizza crust – made with stone-ground, local flour – will actually be the highlight. â€œWe don’t want the crust to be tossed like a lot of pies,â€ says Bois. “We want customers to savor every bite of the crust as much as their very first bite of the pie.”

Don’t worry: the toppings won’t be sacrificed for the cause. With 10 revolving pies, Lost Bread will hit local producers for varieties like pork and broccoli, mushrooms and cheese, as well as classics like pepperoni and nature. Locally, Lost Bread sources its ingredients from producers such as Third Wheel Cheese, Heavy Metal Sausage, Adrian’s Garden and Mycopolitan Mushrooms. Because of this local influence, Bois calls the pies a “specific Philly style of pizza.”

The addition of pizza to the menu also means the Walnut Street cafe will introduce its first-ever dinner service, staying open until 9 p.m. five nights a week so visitors can dine at sidewalk tables. Too early for dinner but too late for breakfast? From 2 p.m. to 4 p.m. Wednesday to Sunday, Lost Bread will be offering pizza bagels. Yes, it’s true. Bagel-pizza.

Better Brand Seeks To Improve Bagels With A Low-Carb Launch