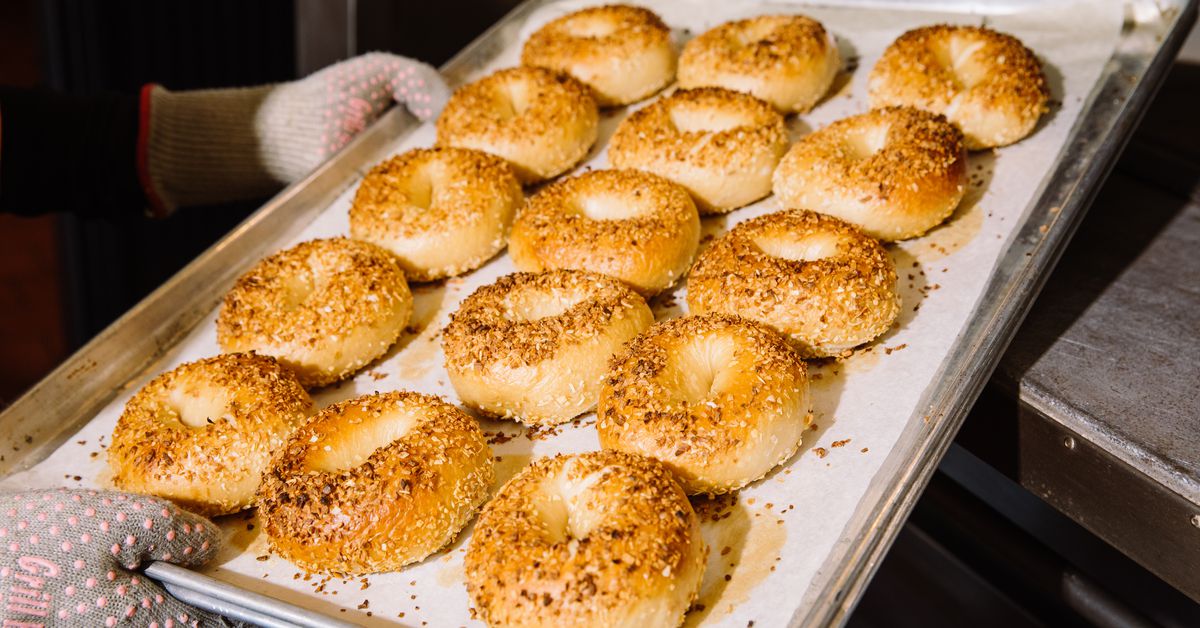 Another of the Bay Area’s bagel stars is ready to branch out with a brick-and-mortar store. Reesa Kashuk, the home baker-turned-full-time bagel maker behind Poppy Bagels, has signed a lease on space in Oakland’s Temescal neighborhood; she hopes to open Poppy Bagel’s new production bakery and first retail outlet by late summer or early fall. “Finding a brick and mortar has always been the dream, but taking the leap to do it has always been scary,” Kashuk told Eater SF. “I kind of trusted when the company would tell me it was time and that time has definitely come.”

The former Dona Thomas space at 5004 Telegraph Avenue offers floor-to-ceiling windows, high ceilings, and enough space for a room where staff can make dough and cream cheese and another specifically for baking bagels. Kashuk is excited to upgrade her oven; she currently uses a pizza oven to get the perfect shiny, bubbly bake, but the new space will accommodate a revolving hearth oven, which means baking more bagels at once and doing it more evenly. The space will also have a counter with seating for those who want to enjoy a bagel on the spot, as well as a few benches.

But more bagels doesn’t mean less attention to detail, promises Kashuk. No matter where she cooks or how much, each Poppy bagel will continue to be hand-rolled and coated in seeds or seasonings on all sides – and the flavors will remain classic. “I’m a bagel purist,” says Kashuk. She’ll stick to the current range of seven options – plain, all, sesame, poppy seed, onion, garlic and salt and pepper – and explore the idea of ​​adding eggs, pumpernickel and maybe raisins to cinnamon. Cream cheese flavors will continue to be influenced by the seasons and filled with local ingredients ranging from beets and poppy seeds to capers and pickles.

She’ll also serve the bagel sandwiches fans might recognize from the Grand Lake Farmer’s Market. There’s a heirloom tomato sandwich in the summer and a sweet-spicy combo made with jalapeno and honey. But Kashuk, a Jew from New York, is particularly keen on adding an egg and cheese to the mix now that there’s room for a grilled fish and whitefish salad. In total, she predicts there will be about 10 types of bagels (including a rotating flavor) and about eight sandwiches.

To fund the expansion, Kashuk launched a SMBX Campaign. She hopes to raise $150,000 – but unlike Kickstarter or other crowdfunding campaigns, SMBX lets Poppy Bagel fans invest as little as $10 in the business with the promise of earning 7% interest through direct monthly payments over 5 years. “I really like the idea of ​​people believing in us so they can get something out of it,” Kashuk says. “It really makes me feel good.”

Since launching Poppy Bagels from her home kitchen at the start of the pandemic, Kashuk has expanded to delivery from San Francisco to Berkeley with weekly Saturday appearances at the Grand Lake Farmers Market. She currently works out of a commercial kitchen in Oakland, but says she’s excited to give the business a more permanent home and make it even easier for people to find her bagels. “We really want to build a small community, which is the best thing about the farmers’ market — seeing the kids grow up and hearing about people’s vacations,” Kashuk says. “I just want to remove all the barriers, like picking up a bagel. I love bagels, it’s my passion. But also, it’s just a bagel.

Eight tips to paying off your loan debt faster