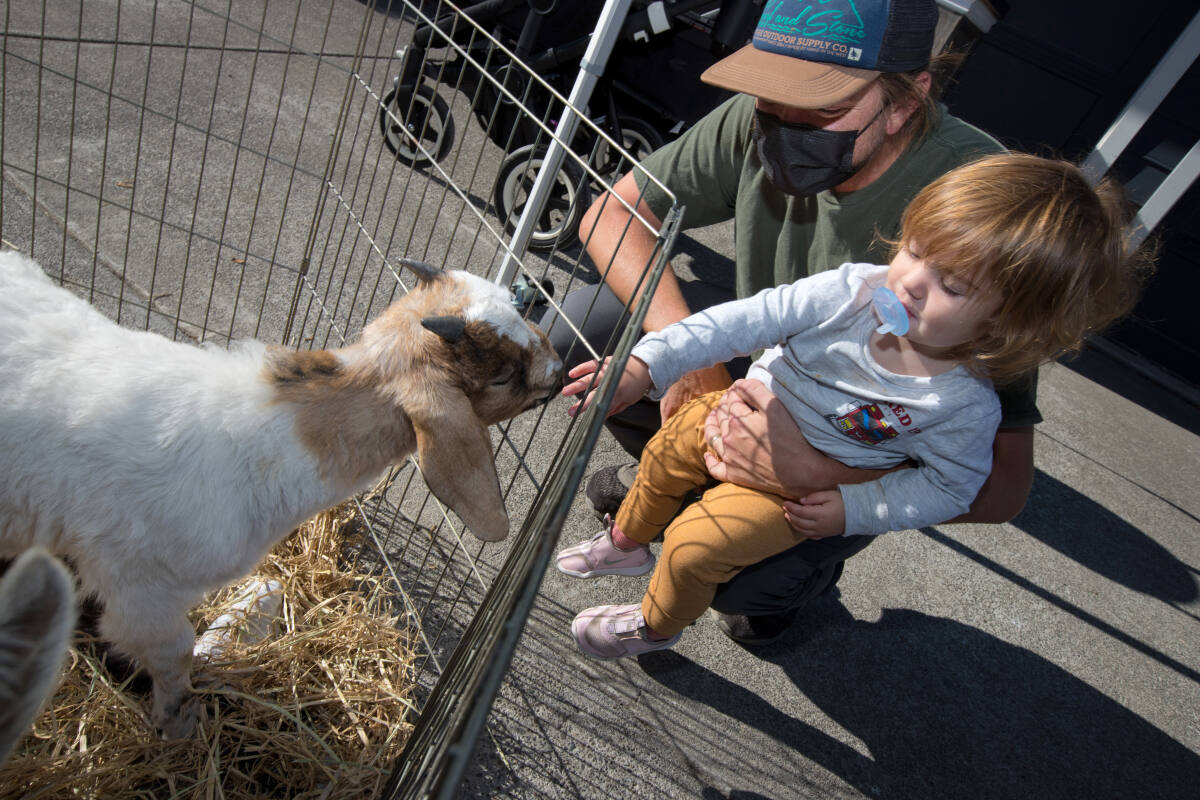 Animal lovers gathered at the Goatlandia Farm Animal Sanctuary on Saturday for a fundraiser for a vegan pancake breakfast and the opportunity to learn more about the creatures that inhabit the Santa Rosa property.

The event, attended by around 120 people, aimed to educate people on how to stand up for large animals and the benefits of a plant-based diet.

After eating, visitors wandered around the 20-acre property on a self-guided tour. Animal facts were posted around the sanctuary and employees were available to answer questions.

The event was the sanctuary’s first pancake breakfast, though it hosted other vegan food events to raise funds.

“I feel like (pancake breakfasts) are usually made with cheap ingredients and animal products, so I wanted to make it with quality ingredients and show people how good food is. herbal can be good, â€she said. In addition to the egg-free pancakes, Blum served plant-based sausages.

Admission to the event was free, but $ 650 was raised through donations from participants who pre-registered, and other donations were collected at the door.

Goatlandia, which opened in 2016, is home to a variety of farm animals rescued from slaughterhouses and neglected living conditions, including horses, goats, chickens and pigs. Blum estimates that she adopts between 40 and 60 animals each year.

The money raised will be used for the daily operations of the sanctuary, including the purchase of food and the payment of veterinary fees for the nearly 95 animals in her care.

In addition, the money will help fund emergency and disaster evacuation services that Blum and her husband, Patrick Stewart, provide during fires and other natural disasters.

After the Tubbs fire in 2017, Blum took training through the North Valley Animal Disaster Group and the Sonoma Community Animal Response Team to learn how to rescue large animals behind lines of fire.