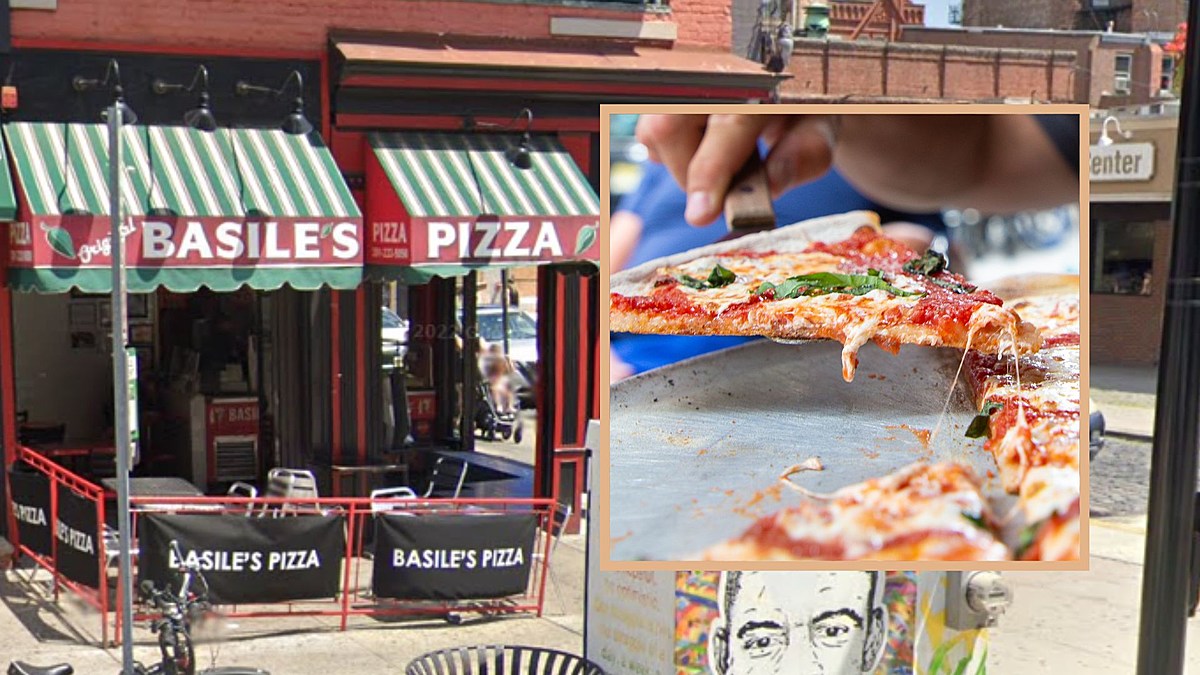 The owners of Basile’s Pizza in Hoboken are expanding to Jersey City and they have a great way to celebrate their grand opening.

Historic downtown Jersey City posted on Instagram that Basile’s Pizza will be handing out free pizza slices on its opening day in early August.

Jersey City is unofficially known as the pizza capital of our state, so add free pizza to that? It is really worth the detour.

Jersey City has more than good pizza when it comes to food.

Restaurant week is currently happening in Jersey City until July 31st and they are not only showcasing their amazing restaurants but also cafes, bakeries, food trucks and pizzerias.

Basile’s Pizza in Hoboken is located on Washington Street, basically the “main street” in town, and I definitely let myself go after a long night out.

The Jersey City location will be at 116 Newark Avenue near the Grove Street PATH station, but that’s not the only new restaurant to open this summer.

Shake Shack will open at 94 Christopher Columbus Drive, just across from Grove Path Plaza, and Salt + Ginger, what they call a “Shanghai Chinese restaurant,” just opened at 313 Grove Street.

This all stems from the new and improved Newark Avenue pedestrian plaza that the city is calling “Restaurant Row.”

It’s a project Jersey City has been working on for years and now the pedestrian mall has expanded to Grove Street between Montgomery Street and Columbus Drive, as well as 1st Street and Newark Avenue.

This opens the door to many new restaurants in the future.

If Jersey City is outside your driving zone, check out these other Garden State pizzerias that Barstool Sports Dave Portnoy has visited:

Dave Portnoy, commonly known as El Presidente, is the founder of Barstool Sports. Somewhere along the way, he decided to start reviewing local pizzerias, and the concept took off. Here are all the New Jersey pizzerias Dave has stopped at, and how he rated them.

50 Most Popular Restaurant Chains in America

YouGov surveyed the country’s most popular restaurant brands, and Stacker compiled the list to give readers context for the findings. Read on to browse the wide and varied variety of American restaurants. You might even find a favorite or two.

The above post reflects the thoughts and observations of Kristen, producer of New Jersey morning show 101.5. All opinions expressed are his own.
Questions, corrections or comments? Email producer Kristen at [email protected] or follow her on Instagram.