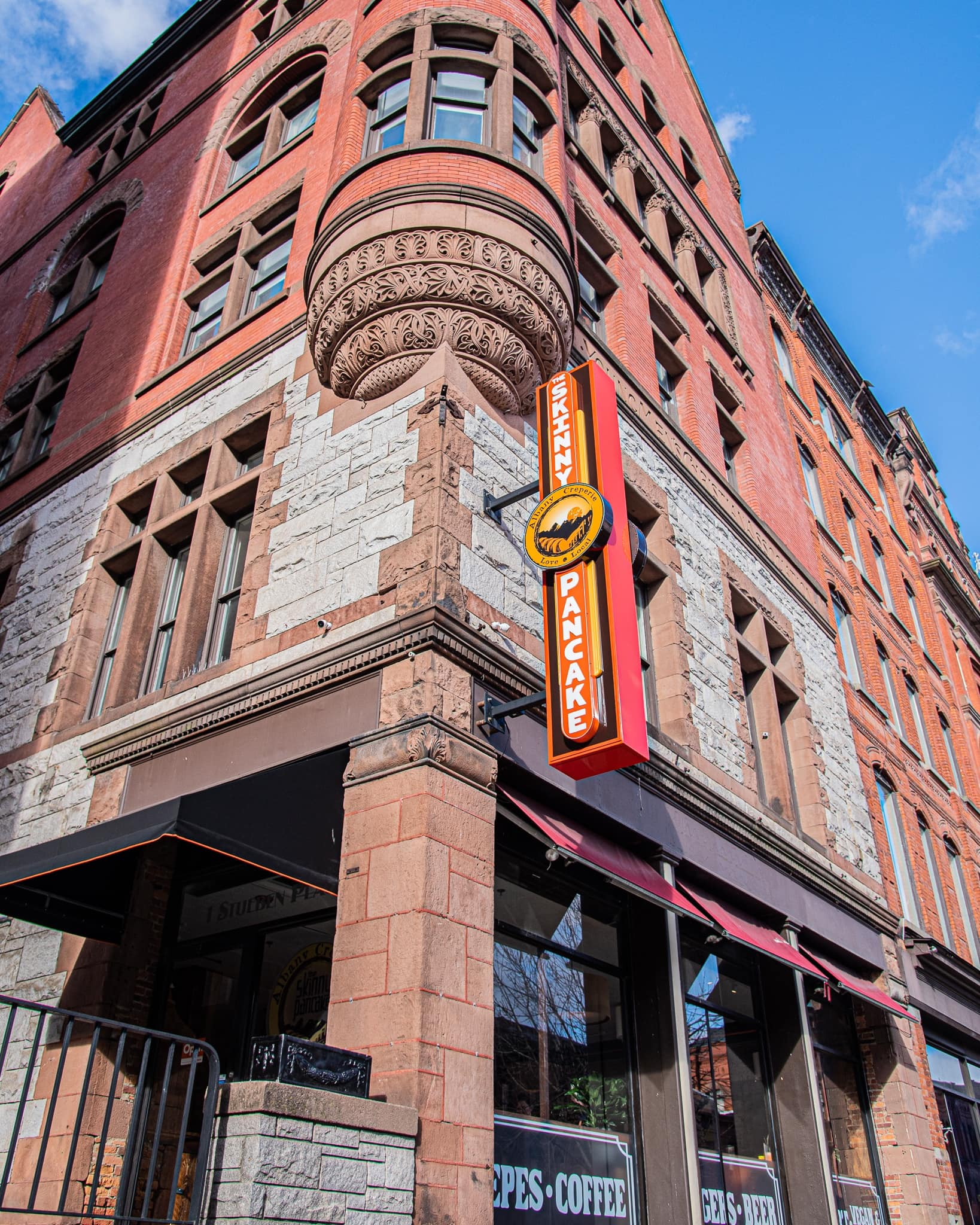 ALBANY — The Skinny Pancake, New York’s first location for a small, Vermont-based creperie, officially opens Thursday, Dec. 9, in a former YMCA building at the south end of the renovated Kenmore complex on North Pearl Street. The restaurant space has been vacant since the Pearl Street Pub vacated it in 2016 to move across the street.

Hours of operation are initially 8 a.m. to 3 p.m. Sunday through Thursday, 8 a.m. to 8 p.m. Friday and Saturday. Management says hours may increase in the coming weeks as the workforce grows.

On the menu, two dozen pancakes (all-day breakfast, savory, sweet) and a few salads, sandwiches and sides, including poutine and, healthier, a salad of roasted beets and sweet potatoes.

A liquor license is pending approval. Under special permit for this Saturday and Sunday only (December 11 and 12), The Skinny Pancake will be serving beer, wine and hard cider.

The official address is officially 1 Steuben St. or 1 Steuben Place, which appear to be used interchangeably for the cobbled pedestrian walkway that runs from Chapel Street to James Street. For GPS purposes, the address is 76 N. Pearl.

Founded 18 years ago in Vermont as a food truck, it opened its first brick-and-mortar store, in Burlington, in 2007. There are now seven locations in Green Mountain State; Albany is the eighth.