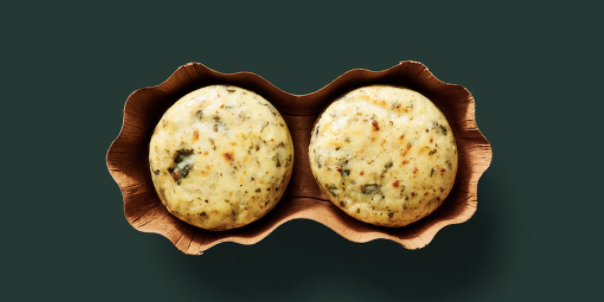 IDK who needs to hear that but a coffee doesn’t count as a full breakfast! Breakfast helps you jump-start your metabolism, gives you energy for the day, and makes you more likely to choose nutritious options at lunchtime. So when you stop by your local Starbucks to get your daily still or cold vanilla brew, it’s important that you have something to eat as well, which is where the chain’s popular egg bites come in. The fan-favorite menu item is already available in a few flavors, and now a vegetarian option is hitting stores.

Starbucks Sous Vide Egg Bites are a great high protein option if you like to start the morning with something salty rather than a slice of sweet banana bread or something simple like a bagel. The vacuum-packed way of preparing them makes them deliciously chewy while still being dense enough to fill you up and set you up for the day.

In addition to this savory selection, Starbucks also offers new sweets in its stores. An Earth Cake Pop made of chocolate cake, blue frosting and sprinkles will be joined by a Red Velvet bun made of mixed vanilla and Red Velvet cake and topped with white chocolate frosting. I’ll take one of each, STAT.