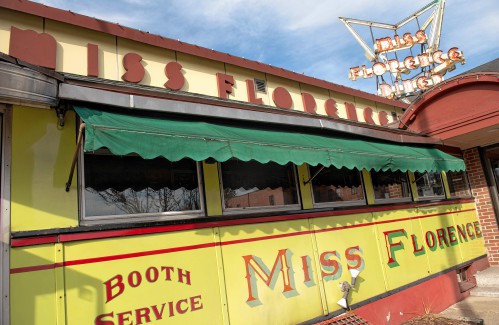 Start the day off right with breakfast in Northampton

The day begins in the morning. Life begins with childhood. So my very first food column for the Gazette, after 27 years of writing about food for other publications, begins with morning breakfast and the most deliciously nostalgic breakfasts of my childhood in Northampton. Here is.

There aren’t many places left in America like the Bluebonnet. Even as Northampton’s King Street transformed into a sprawling shopping center of retail banks and car dealerships, the Bluebonnet Diner dug its heels in and endured as a priceless relic of another age in America.

Another priceless American relic is Eggs Benedict, which are becoming hard to find in their traditional form. Many of today’s pretentious new chefs will desecrate eggs Benedict with smoked salmon, pork belly, or slices of sourdough. Bluebonnet’s kitchen, on the contrary, shows a deep respect for the original recipe with an old-fashioned English muffin, Canadian bacon, properly poached eggs (not runny or floury) and a hollandaise sauce that has the ideal balance between the richness, the subtle acid of lemon, and a hint of pepper.

In the great kitchen, the individual ingredients lose their individuality and unite into something bigger. These are the timeless Eggs Benedict of your dreams.

Probably the most underrated feature of the Bluebonnet Diner is the semi-secret cocktail bar in the back room banquet hall that quietly produces the best Bloody Marys in Western Massachusetts – just spicy enough, with plenty of vodka to give that wonderful tingle. your spine as you swallow.

And best of all, a little train that runs along the tracks just below the ceiling of the main dining room, complete with a whistle that the kids (especially my nephew Azai, 7) love to whistle as they step out of the vestibule into the outside world. , sadly signaling their departure from this sultry slice of Americana.

If influence is measured in terms of impact on our daily lives, then the most influential Northamptonite in history – edging out fierce competition in the Reverend Jonathan Edwards (1703-1758) and President Calvin Coolidge (1872-1933 ) – was probably the Reverend. Sylvester Graham (1794–1851), who rests in peace under a showy obelisk in Bridge Street Cemetery. Sylvester Graham was America’s first health food guru and the inventor of packaged whole-wheat bread.

Today, Reverend Graham is best remembered for Graham Crackers, the original version of which bore little resemblance to today’s Nabisco candies that are the backbone of s’mores. According to Reverend Graham’s wacky theory of human nutrition, delicious and tasty foods were the root of all sinful lust. So the original Graham Crackers were a medical remedy, precisely designed to be so bland that they could quench even the burning kidneys of sinners all over New England.

Reverend Graham’s stately old red-brick house still stands on Pleasant Street, where it houses the light and airy dining room and adjoining cafe of Northampton’s iconic Sylvester’s Restaurant. But if the reverend were to rise from the dead and taste the food that is now prepared in his name, he would be appalled at its delicious delight.

The blueberry pancakes are particularly vigorous, made with Hadley’s Mapleline Farm milk-rich yeast batter and drowned in sultry local maple syrup from Snowshoe Farm in Worthington. I’ve been devouring these pancakes since my own teenage years, when they consistently proved Reverend Graham’s theories of sin to be completely correct.

My dad introduced me to corned beef hash — and the legendary Miss Florence Diner, an old gem of a yellow wagon whose iconic 1950s sign defines the landscape of downtown Florence. Take your out-of-towners here, and they’ll usually fall in love at first sight – not just from the outside but also from the inside, with its gleaming formica tables with individual mini jukeboxes where my tiny babysitters Early 80s allowed me to flip through the maps and play Lionel Richie songs.

When you are a child growing up, you tend to think that the food you eat is what people eat everywhere else. Then you grow up, move around the world, and realize that most people in the world have never encountered the pleasures of some of your favorite foods. You realize that you come from somewhere.

Massachusetts, with its Irish heritage, is corned beef heaven. September 27 is National Corned Beef Hash Day. Corned beef is the best kind of peasant food – salty, satisfying and cheap – and hash, where corned beef is chopped and sautéed with tiny bits of home fries and moistened with slightly runny egg yolk over the top, is the best realization of the potential of this humble deli.

Luckily, there’s still good corned beef hash all over the Pioneer Valley (Bluebonnet and Sylvester serve it too). The dish has proudly avoided extinction and, at least so far, has avoided the sad fate of Liver and Onions, Oriental Omelette or Salisbury Steak.

The Miss Florence Diner always prepares its hash from A to Z and serves the dish as it should be, with poached eggs and generously buttered white toast. Here, the noble American dining car tradition still lives on in the flesh, with cream pies in a display case and a curt “what’s it gonna be, honey?” from your waiter, and the daily specials menu in white plastic letters on black magnets, high above the counter. It is a temple of tradition, a place where time stands still and where traditional cuisine is still alive.

Robin Goldstein is the author of “The Menu: A Restaurant Guide to Northampton, Amherst and the Five Colleges Area”. He sits remotely on the faculty of agricultural economics at the University of California, Davis. He can be contacted at [email protected]