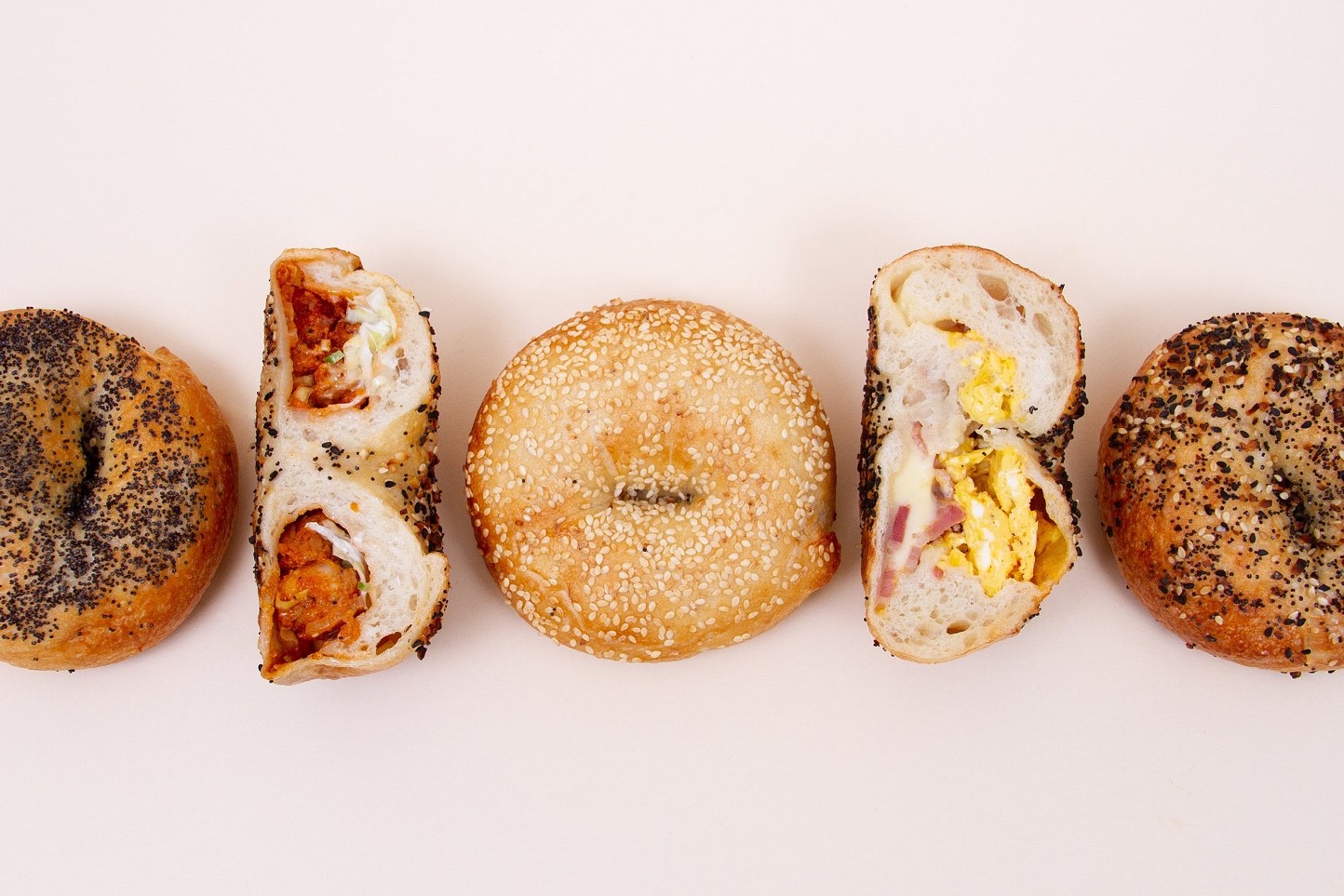 When the pandemic sent everyone on lockdown, home baker Jeremy Rhodes turned to bread-making, like much of the country. But unlike most of us, he didn’t stop there. From bread, he switched to bagels. And bagels, well …

â€œWe were in Vermont for New Years with my family last year. Jeremy was making pizza for dinner and planning to pack some bagels for our New Years brunch the next morning, â€recalls Ali Chetkof, Rhodes’ fiancee and business partner. â€œWe had so much extra sauce in the pizza that we didn’t know what to do with it. ”

Suddenly Rhodes had an idea: could he put pizza in a bagel? (â€œYou talk to a big fan of Bagel Bites,â€ he said unmoved.) So they tried – one in breadstick form, one in bagel form.

â€œIt didn’t really work, but it was promising – they tasted really good,â€ Chetkof says. â€œHe became obsessed with the project and started to do a lot of research and development. Most of the time, Rhodes continued to work on the idea of â€‹â€‹the pizza bagel, but he also played around with other toppings, like artichoke dip and Buffalo chicken, while still working as an accountant for Union. Square Hospitality Group.

But Rhodes’ hobby suddenly spawned a proliferation of stuffed bagels, which were offered to friends and family. As interest grew, they decided to find a name, before finally settling on Moonrise Bagels. â€œWhen people think of bagels, they think of something you eat in the morning,â€ says Chetkof, who works full-time in marketing and communications for a Manhattan-based public relations company. â€œWe really wanted to talk about something you can eat all day: you go out, you have a beer in one hand and a pizza bagel in the other.

Free gifts to friends and family have given way to small wholesale orders with businesses in Woodstock, where Chetkof grew up and the couple survived the lockdown. Last summer, Moonrise Bagels started popping up at Overlook Bakery, Woodstock Meats, Tinker Street Tavern, and Circle W Market with flavors like bacon, eggs, and cheese; Ruben with pastrami from Lunch Nightly; and hot honey sopressata, in addition to the signature pizza bagels.

â€œThe first time we sold at Overlook, we cooked in my mother’s kitchen,â€ says Chetkof. â€œWhen we arrived with the first group, it was not even 11 am and there was a queue at the door. We sold in three minutes. They started cooking in the Overlook Bakery kitchen during off-peak hours, taking retail orders through their Instagram account. Then the owners of Olsen & Co. asked if Chetkof and Rhodes would be interested in taking over the lease of their Woodstock space, and a hobby turned into a brick and mortar business.

Although Olsen & Co made their fair share of sandwiches in the small kitchen at 68 Tinker Street, they did not have an oven, a must for Moonrise. â€œWe hardly took up the space because the oven we wanted was too big to fit through the door,â€ says Chetkof. In a stroke of creative determination, they removed the glass from one of the windows and were thus able to install the large industrial oven in the building.

Inside, they moved around the order counter to be able to greet people as they entered. A bar-height counter in the front window provides a place for customers to stand and eat, but the general idea isn’t for people to linger.

â€œWe were definitely inspired by the New York bagel shops,â€ says Chetkof. â€œWhen you get a bagel, you’re not really sitting down – it’s something really quick that you can grab and go. In the summer, however, they plan to sit in the small front yard.

The stuff of dreams

Moonrise Bagels are boiled and then baked in classic Brooklyn style. When Brick and Mortar officially opens to the public on December 10, the line of stuffed bagels will include pizza; buffalo chicken; barbecue tempeh; bacon, egg and cheese; egg and cheese; and Ruben ($ 7 – $ 9). Other specialties that alternate with eggplant, barbecue chicken and Philly cheese steak (a collaboration with Woodstock Meats). Besides the sammy breakfast options, the menu aims to reinforce the idea that these bagels should be eaten all. daytime. long.

For purists, Moonrise will also sell traditional unstuffed bagels for $ 1.50 a piece. And you can buy the frozen stuffed specialties for the pleasure of the house. In addition to the hot bagels served in the shop, Moonrise will also serve coffee from Heavy Feather Roasting Co., which roasts from The Pines in Mount Tremper. A fully stocked beverage refrigerator offers a sure-fire selection of favorites: Martinelli’s, Boylan’s, Topo Chico sodas and Ronnybrook chocolate milk.

For Rhodes, who has spent the past decade working for restaurateur Danny Meyer’s hotel group, Moonrise Bagels is a dream come true. â€œWhen I first started I had a great opportunity to work in the basement office of some of the big restaurants in town,â€ Rhodes explains. â€œI was sitting there doing my job as an accountant on a computer with two screens with the whirlwind of a restaurant circling around me. I caught the bug of this and was still looking for a way to get into operations. He considered options ranging from roasting coffee to making cheese, but in the end, stuffed bagels were his way.

“It’s in my blood – at that age my mom was working opening her own catering business and bakery in Hoboken,” Rhodes says, adding, “I love a good bagel.”