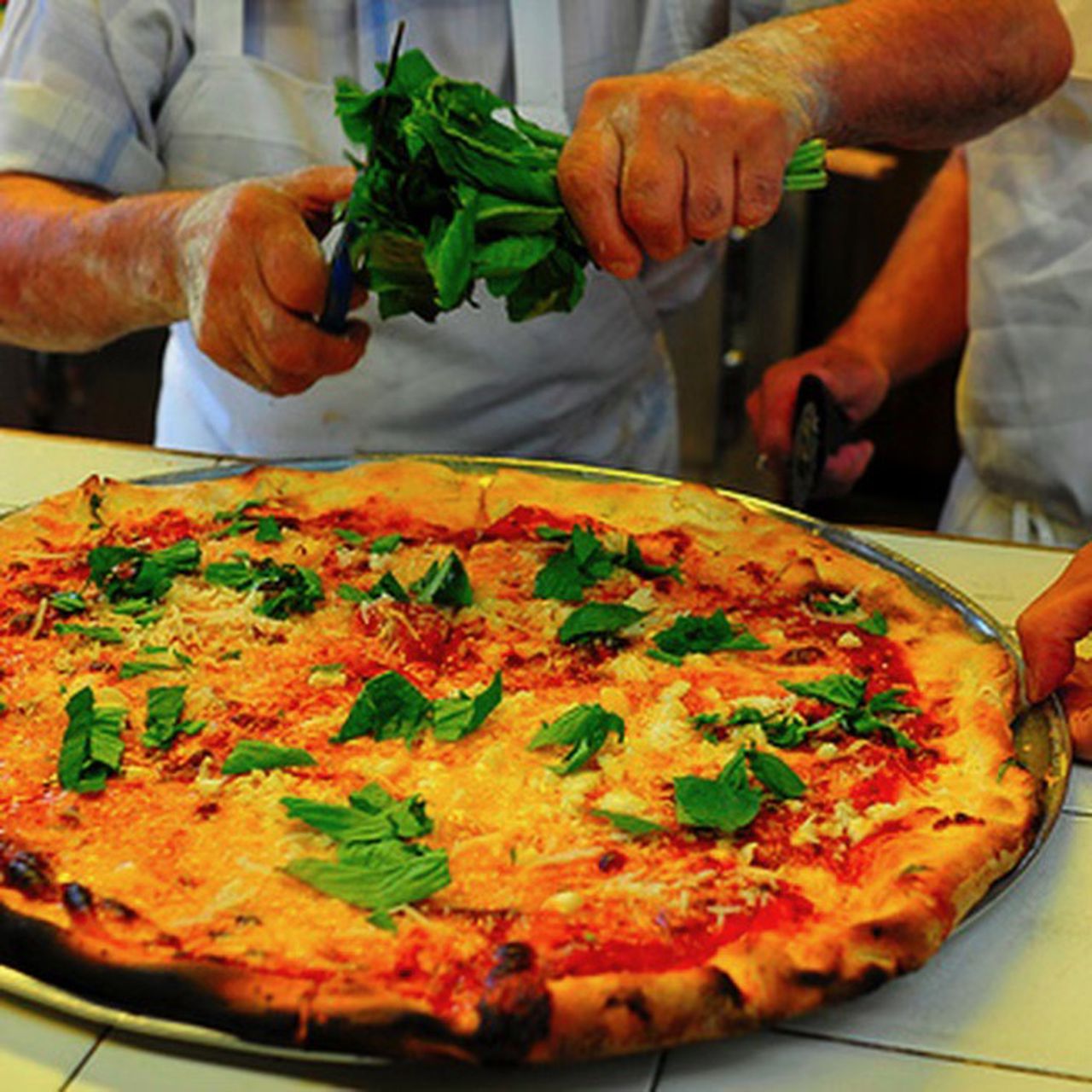 The master of the famous New York pizzeria, Di Fara Pizza, dies at 85; the legacy will continue on Staten Island

Brooklyn’s famed pizzeria, Di Fara, has been making headlines in the borough recently as an outpost will open this spring in Grant City. That’s why news of its founder, Domenico “Dom” DeMarco, hits so close to home for some. He died at age 85.

The announcement was made by Margie DeMarco Mieles, who shared the news on her Facebook page and Instagram on Thursday. She noted in the post that her world revolves around her father, a native of the province of Caserta in Italy who established the spot in Midwood in 1965.

According to the company’s webpage, “Before Di Fara Pizza, Dom spent time working on a farm in Huntington until someone told him about a ‘good place’ on Avenue J in Brooklyn. This “good place” is now known as the best pizza place in New York.”

On social media, DeMarco Mieles called him “the hardest working man I know and he was a leader and will continue to be through his legacy.”

She shared, “It is with a broken heart that I have to share that he left my mother, my brothers, my sister, myself and everyone who loved him because it was his time.”

According to reports, the Di Fara name is a portmanteau of “DeMarco” and “Farina”, the surname of an original business partner bought out in the late 70s.

Midwood’s original Di Fara has been a loyal New York lounge, now with a few locations. Its 1000 degree oven still bakes pies considered the best in the Big Apple and beyond.

Owner Margaret DeMarco-Mieles and her family have taken the Brooklyn concept to other locations, including Williamsburg and Manhattan’s Lower East Side, the latter at the Nimbus Cloud Kitchen at 196 Stanton St. which closed a few months ago. . The DiFara name is also licensed for the Vegas and North Carolina outposts.

As for the next Staten Island location, Juicy Lucy/Juicy Lucia founder Richie Holmes will continue the pizza legacy in partnership with DeMarco Mieles. He envisions a 100-seat restaurant between indoor and outdoor seating with a mixed barbecue-Italian cuisine concept. The Di Fara collaboration will serve whole pies and sliced ​​pizzas.

Holmes also said a second island of Staaten Di Fara will arrive this year at 923 Manor Rd., next to the Manor House in the mall currently anchored by Manor Bagels. He shared some thoughts on the passing of the pizzaolo.

“The man is a legend. Beyond anything else, people should know that he was a true family man. He had seven children with five sons and two daughters, all of whom contribute in some way to running his pizza empire,” said Holmes who got to know the clan working alongside the eldest, Margaret, in new ventures.

Holmes said: “She had worked at this pizzeria since she was 12. He had an amazing life and will be remembered as a legend.”

The flagship Brooklyn operation will be closed for at least a week, according to social media posts. Grant City’s Juicy Lucia and DiFara should be open in about two weeks, Holmes said.