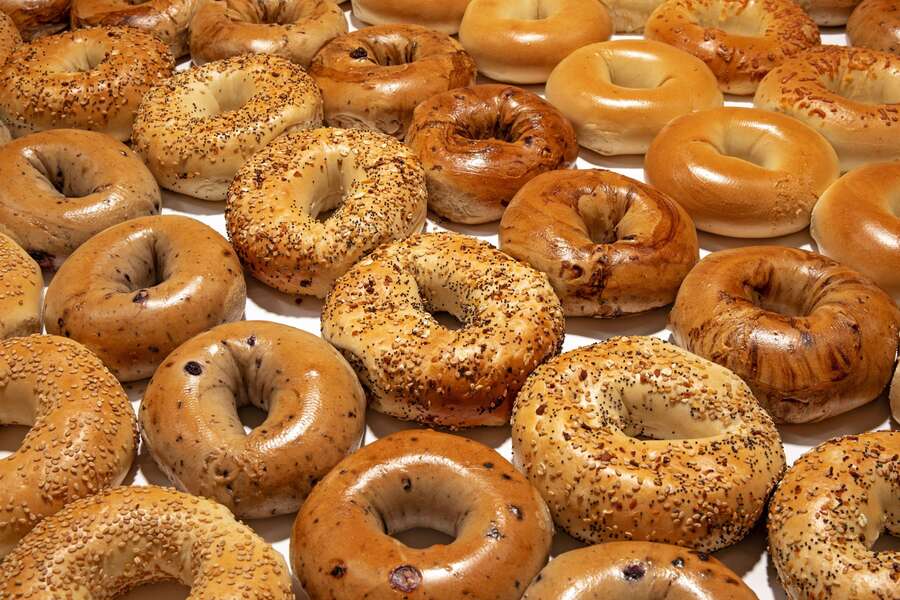 The most popular bagel sandwiches in New York, according to H&H Bagels

New Yorkers take their bagels very seriously, and there is perhaps no New York City bagel shop more famous in popular culture than H&H Bagels. The original Upper West Side location was featured in You’ve got mail, sex and the cityand Seinfeldand the chain has withstood more than 50 years of highs and lows in new york.

In a very New York scientific survey, H&H recently conducted an official bagel study, breaking down the numbers behind the three most popular orders at its five locations across the city. Here are some of their findings:

H&H sells about 75,000 bacon, egg and cheese bagels a year, making it one of the most popular items on the menu. This translates to over 200 per day. This number of BECs requires 12,500 cartons containing a dozen eggs each, 1,800 cases of bacon and 150,000 slices of cheese. An adult female hen lays approximately 276 eggs per yearwhich means that it takes approximately 543 hens to produce the eggs needed for H&H’s annual BEC requirement.

Nothing says NYC like a bagel with smoked salmon, cream cheese, capers, onions and tomatoes, and H&H sells a ton of them. The bagel destination offers about 121 Nova Scotia smoked salmon sandwiches every day. That’s 850 per week, or 44,200 per year. Each bagel takes about 4 ounces of smoked salmon, which means that on an average week, H&H consumes about 215 pounds of nova salmon. In a calendar year, 11,180 pounds of salmon move across the sales counter to hungry customers. For comparison, a Ford F-150 weighs about 4,000 pounds.

Sometimes all you need is a schmear of cream cheese to get you through the morning. H&H moves 130,000 plain bagels with cream cheese each year. That’s 2,500 per week or about 357 per day. Each bagel contains just over 3 ounces of cream cheese, which is about 500 pounds per week. That’s 26,000 pounds of cream cheese every year. The average adult male African elephant weighs about 12,000 pounds, which means H&H customers eat more than two cream cheese adult elephants a year.