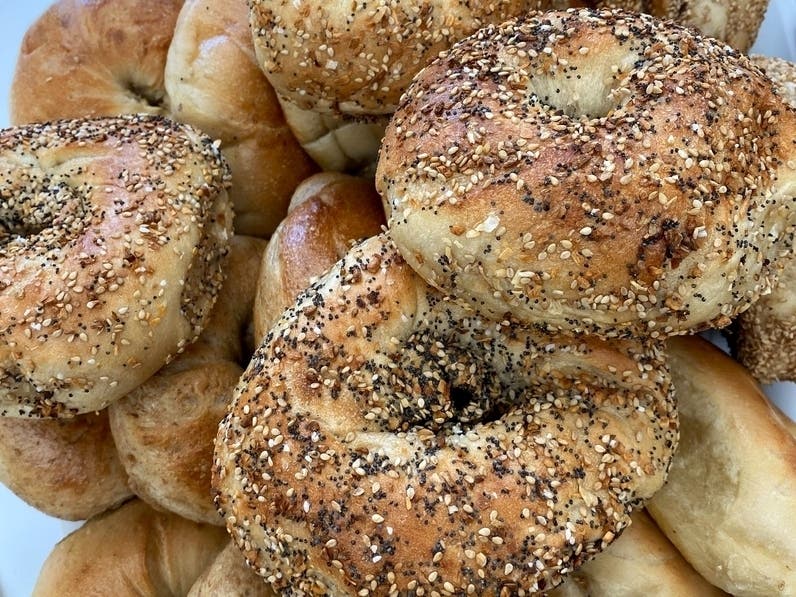 The ‘secret’ behind Utopia Bagels’ famous bread revealed by Eater

WHITESTONE, QUEENS – An establishment in northeast Queens has revealed the secret to its boiled and baked bagels, which have consistently been named among the best in town.

“It takes an individual to be at the top of his game to make it good…and [people who know how to hand-roll bagels] are an endangered breed. It’s not like there’s a school for bagel rollers.” Utopia Bagel store co-owner Scott Spellman said Eateremphasizing the importance of making bagels by hand – something his shop has been doing for over 40 years.

The compact store, located at 1909 Utopia Parkway, across from Clearview Golf Course from Bay Terrace, makes an average of 70,000 bagels per week, according to Spellman (who notes that during particularly busy weeks, it made as many as 100,000 bagels).

Each of the shop’s thousands of bagels starts in an industrial mixer, where malt, flour, yeast and salt are combined to make 1,000 bagels at a time.

Hand rolling is next, followed by rise time (or “proof”, in bread parlance) at room temperature and overnight in the fridge. Utopia Parkway boasts several refrigerators, each of which is regularly stocked with pot racks, stacked 1,000 bagels high.

The bagels are then boiled in a pot and cooked to the touch. “It’s a look, it’s a touch,” Spellman told Eater about when a bagel can be said to be done.

From 5 a.m. to 6 p.m., seven days a week, Utopia Bagels serves fresh blueberries and bagels with cream cheese, as well as more than 30 sandwiches.

This 40-year-old artisanal process is what Spellman says sets his store apart from others in the city.

“If water was the main thing that happened to a bagel that makes it great, there are about five bagel shops around my store here — they’d make as good a bagel as we do,” he told Eater, dispelling the myth that NYC water makes the city a bagel paradise. “It’s what you do with the water,” he adds.