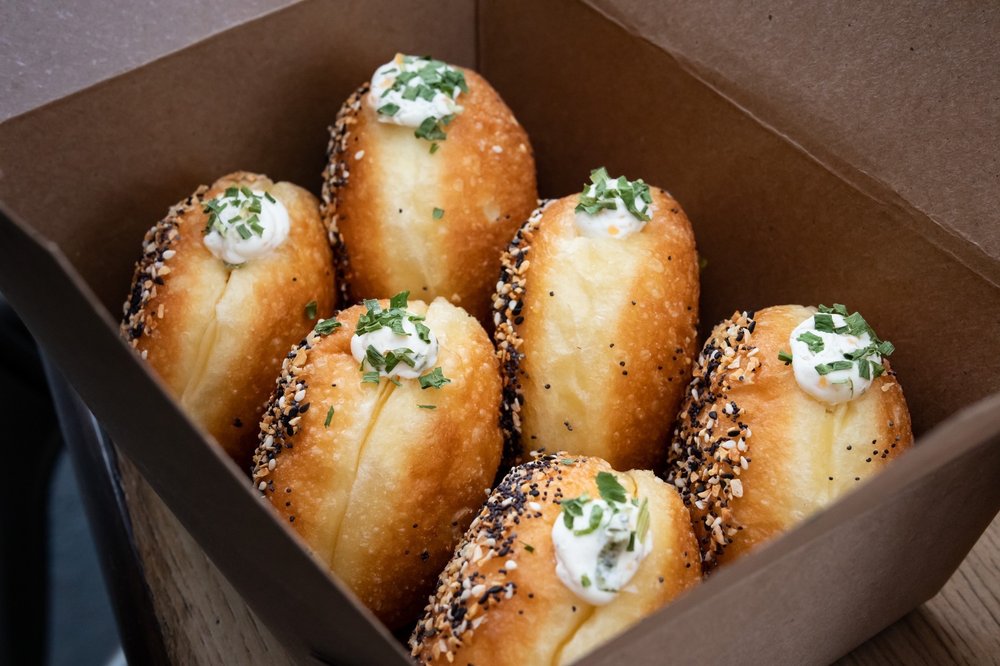 It has been another long year of takeout and al fresco dining, a year of tempering standards due to harsh conditions. But Seattle chefs took it the only way they could — in stride — trying to keep cooking fantastic meals safely and often in a short amount of time.

Over the year, despite the challenges of serving food in a pandemic, local restaurants, pop-ups and food trucks have managed to continue to cook up amazing dishes.

This list brings together my favorite bites of the year – new, old, and somewhere in between – as someone who does this for a living.

The first meal I ate onsite at a restaurant in the post-vax era, a few weeks after being vaccinated and roughly exactly a year after my last, was the luxurious seafood tower, by an after sunny spring afternoon in Westward. Homemade hot sauces mingled on my tongue with briny Northwest oysters, the sun shone on the lake and the ice under my geoduck ceviche. With every bite of shrimp and crab, shared with a friend across the table, I was reminded of the joys of eating out. For the rest of the year, when people asked for a recommendation on where to celebrate their first restaurant meal – or any other occasion – this became my best answer.

Predictably, many parts of my meal at Seattle’s latest sensation were good, like the wings which are an ode to Thompson’s point of view. Others surprised me: While chef Kristi Brown’s Black-Eyed Pea Hummus was as good as ever, the collard greens dip alongside on the relish platter brought the flavor to the punch. But it was the mac and cheese that showed what the restaurant did so well. Beneath the crispy top, a world of flavors swam through the creamy noodles, capturing a whole feeling of comfort and home in one dish, served in a way that gave it elegance without turning its back on nature. inherent in the dish.

Vashon’s Gravy has spent the pandemic in transition, reforming itself into a delicatessen called Salt & Schmaltz, inspired by co-owner Pepa Brower’s New York heritage. But the Joe Froggers they started making came from a colonial-era New England tavern run by a free black man, whose wife made ginger molasses cookies “as big as water lilies”. The ones served here aren’t that big, but more than enough to make up for that.

Over the summer, Wallingford’s Yoroshiku brought sustainably farmed bluefin tuna and served it in a variety of ways, the most impressive being chilled ramen. A light, lemony broth with a deep, rich flavor hugged the sashimi-sliced ​​fish, while the springy noodles provided a bit of contrast. Suddenly, the epitome of winter comfort food has become one of the sunniest ways to cool off on a hot day.

On a menu of exciting ingredients like rye spaghetti with tripe and foie gras or braised rabbit with chestnuts and lentils, don’t miss the slow-roasted carrots with a somewhat ordinary sound, because chef Jason Stratton is at his best. here when he takes simple ingredients and explodes their flavors. Sitting in a bed of garlicky ricotta and walnut sauce, sticky with their own sweetness, and served with rye crisps that provide just the necessary contrast, they steal the show from even Stratton’s most mouth-watering creations (hello , Dungeness crab bucatini).

Any donut bagel from the Flour Box

The good news is that it gets a little easier to score the oversized stuffed donut at this Hillman City bakery, if you manage to stop by at noon on a day when they don’t seem too busy. The bad news is that even owner Pamela Vuong has no idea when this might happen (although she tries to keep people updated via Instagram). The worst news is that it will almost never be a day when they make the amazing bagel donuts, with seeds sprinkled on top and a cream cheese filling. Three years after I first tried one, someone brought me my second this year, and somehow it was even better than I remembered.

One of the secrets to fending off a chill while eating out to keep myself and my kids safe, I soon learned, was to order correctly: something that stays warm and comforting throughout the meal. As much as I love a good broth, it gets cold within minutes on the outside. Not so with the thick rice porridges from Secret Congee’s Wallingford Window. Each flavor of the signature dish is loaded with flavors and toppings, so much so that my friend described the amount of shrimp I got from the Thai-inspired version that I enjoyed as a shellfish “clown car” .

Among the many fantastic dishes at this Turkish pop-up, lamb neck in yogurt soup stood out for its salty, sour and meaty flavor. Filled with large piles of tiny lamb meatballs, shredded lamb meat and chickpeas, the small bowl was flavored with dried mint, then coated in a mint oil that was as green as it was shiny.

This Renton mall taco shop quietly cranks out a ton of Mexican-style favorites better than most other places in town, chief among which is the Quesadilla Huitlacoche. The giant homemade tortillas wrap around the fillings with lots of cheese to hold them together, but leave the emphasis on the ample, earthy and sweet eight-lacoche inside.

My return to drinking in bars also meant a return to the need for a hangover breakfast that can cure everything, and for decades the best place to find that was southern trusty Billiard Hoang. Most of the menu fits the bill, but this beefy combo with two eggs on top is the ultimate restorative morning meal. Snow white rice sits alongside a heap of sautéed beef tenderloin and hearty vegetables soaking up the flavor, topped with eggs sunny on top, ready to burst their yolks all over the plate, marrying all the mess into one dish. .