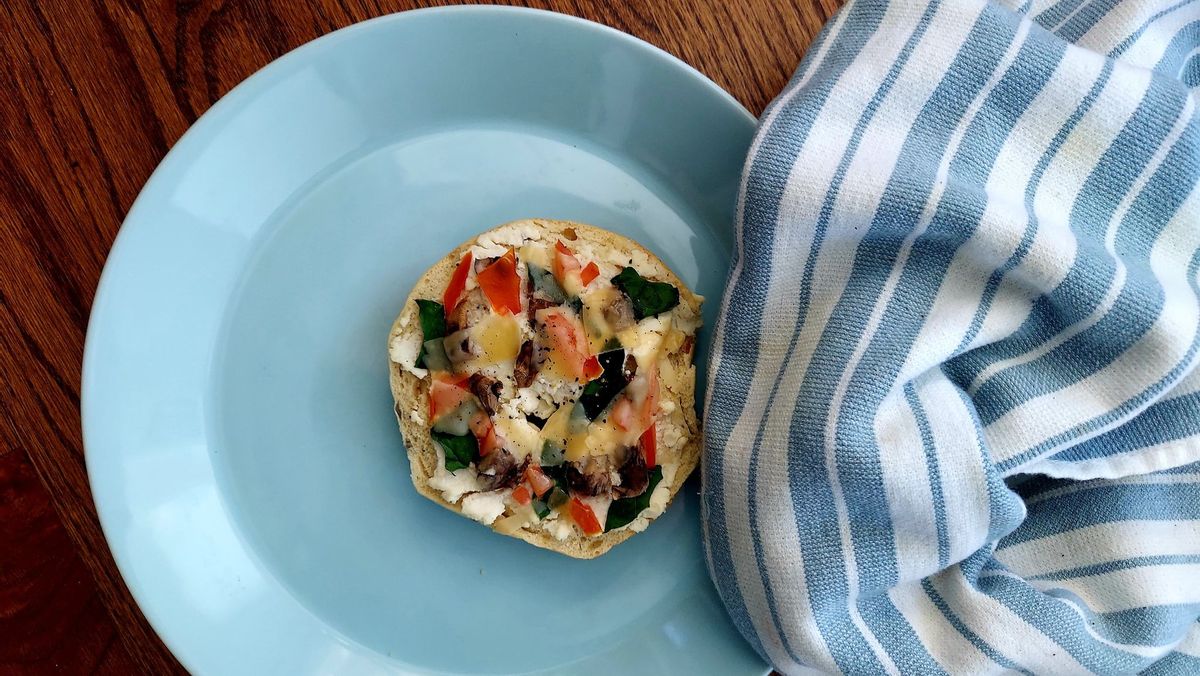 These white pie pizza bagels topped with cheese and mushrooms are the grown-up snack you deserve.

People have a lot of opinions about pizza. There are certain toppings that seem to be controversial – anchovies, black olives, pineapple – and certain preparations that incite the ire of whole swaths of the country. Back in Chicago, for example, I’m used to jokes about how our deep-dish pizza is really just a pan.

But I’ve never met anyone who doesn’t like a good bagel once in a while. After all, as Bagel Bites, the eminent pizza bagel company, writes, “when pizza and bagel come together, snack time can be anytime.”

Growing up, my family only ever bought the pepperoni variety – and it was pretty sparing. However, I recently discovered – about a decade too late – that Bagel Bites’ flavor list also includes sausage and pepperoni, garlic bread and cheese supreme, and “nacho extreme.” Plus, there’s a whole range of “breakfast bites”, so I thought, why not expand the universe of pizza bagels even further? Why not make a white pie bagel bite?

As its name suggests, a white pie, or pizza bianca, has a base of cottage cheese and olive oil instead of the traditional tomato sauce. And while a cheese-based pizza may seem difficult to adapt to a plant-based diet, it’s actually a cinch thanks to the ever-growing selection of vegan cheeses. Here we’ll be using tangy and creamy almond milk ricotta – which adds an extremely luxurious texture to pizza bagels – and plant-based mozzarella. A few pinches of nutritional yeast also enhance the “cheesy” flavor.

From there, the topping options are endless, though my favorite combination includes spinach, sautéed mushrooms, and sun-dried tomatoes. Finally, there are many vegan bagels on the market, but I have a soft spot for Thomas’ Everything Bagel Thins.

why we love pizza

Salon Food writes about things we think you’ll like. Although our editorial team has independently curated these products, Salon has affiliate partnerships, so making a purchase through our links may earn us a commission.