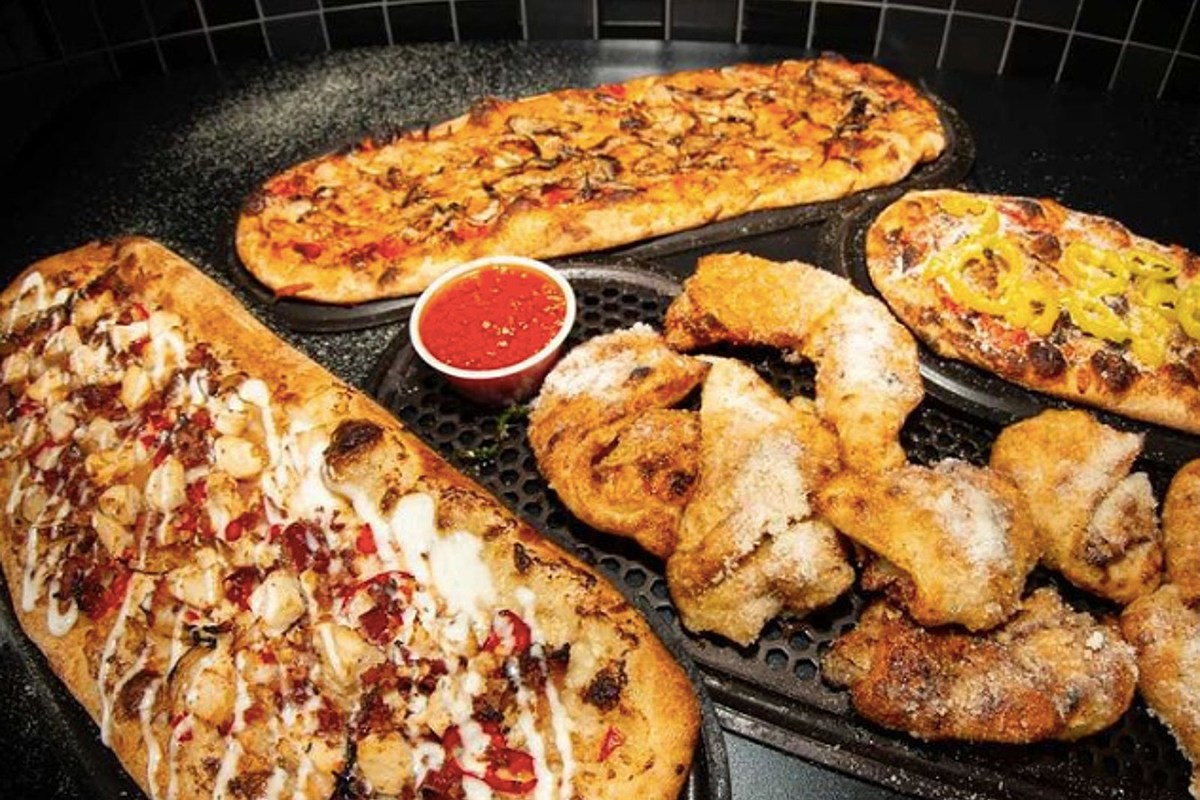 A year ago I wrote about a place that was starting up in New Jersey that had a lot of people talking that I couldn’t understand.

I just reread this article I wrote a year ago. Was I a bit, hmm, over the top? While admitting that I hadn’t tried it and it was perhaps the best pizza reinvention the world has ever seen, I was for the most part less than positive about their chances.

I mean, first of all, it’s a pizza chain. Also, they reinvented the pizza in an oval shape. When is it just a flatbread appetizer?

Either way, I was clearly wrong because not only are they still growing, and starting a new business during a pandemic was also a pretty cheeky move, but now they’re actually expanding deeper into the world. ‘State.

The first location was in Jersey City, followed by Union. Now their website lists a Paramus location and an East Rutherford location as “coming soon.”

The East Rutherford location will be 20 Route 17 North. Their location in Paramus will be 393 Route 17 South. The exact opening dates are not indicated.

People have to love them, and I fully admit that a year later, I never went out that way to try one. This chain is based in DC and there are a total of 44 pizza locations across Washington, DC, Virginia, Pennsylvania, Maryland, Massachusetts, New York and New Jersey.

Always. Oval? I mean I can see people in Virginia, Massachusetts, and other places loving oval pizza because they have no idea what real pizza is to begin with. But oval? In New Jersey?

A quick glance at their menu will give you a certain hipster vibe. Such an apparent nod to our current VP with his Kalamata Harris offering. Then there is the @me don’t sub me, the giant breadsticks (GAB), the simp, etc.

They have toppings like vegan sausages. They have their own drinks; things like & tea moody meyer lemon.

I’m surprised they don’t have their own dips called hipster dips.

The above post reflects the thoughts and observations of New Jersey 101.5 talk show host Jeff Deminski. All opinions expressed are those of Jeff Deminski.

Dave Portnoy from every pizzeria at NJ Barstool reviewed

Dave Portnoy, commonly known as El Presidente, is the founder of Barstool Sports. Somewhere along the way he decided to start looking at local pizzerias, and the concept took off. Here are all the pizzerias in New Jersey where Dave stopped by, along with the score he gave them.

Chef Dan Richer has developed a column for pizza perfection