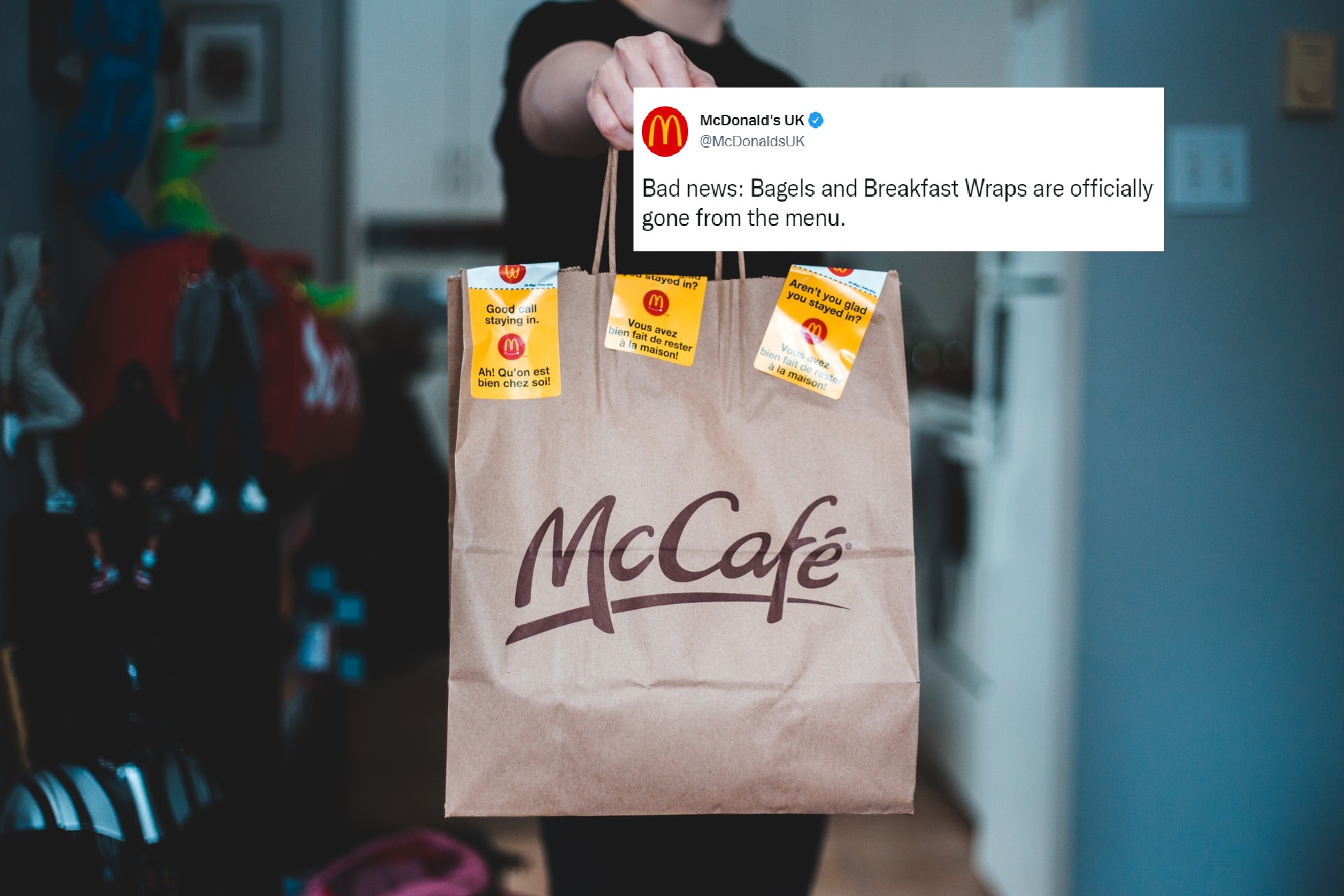 What happened to McDonald’s breakfast bagels and wraps?

McDonald’s UK has removed two favorite dishes from its breakfast menu and customers have taken to Twitter to react to the news.

The announcement was made on the company’s Twitter profile, followed by a lengthy message.

What happened to the breakfast bagels and wraps?

On Monday January 24, 2022, McDonald’s UK confirmed that it is permanently removing breakfast bagels and wraps from the breakfast menu.

The company said the decision was made after a “period of trial speculation” and that their “love” for “the iconic McMuffin was too hard to ignore”.

“We want our fans to know this is a mutual decision, as a bagel can make their own decision,” McDonald’s Twitter post said. “Thank you to everyone who has supported our union.”

The chain added that it had “no comment” on a rumored new breakfast option later this year.

People are not happy with the news

It’s safe to say that customers aren’t happy that the chain is dropping some of their favorite breakfast items, with many saying the announcement ruined their day.

“Can you at least tell us why they’re not coming back?” You removed them when you reopened after the first lockdown. We assumed it was due to the space in the kitchen. Please let us know the reason,” one person replied.

” What ! I’ve been waiting 2 years for breakfast to come back,” someone else tweeted. “It’s the only breakfast item I have.”

Another wrote: “I will be having breakfast at Greggs from now on.”

Olly Murs is also devastated by the channel’s announcement…

While you take some time to accept the news, McDonald’s still has the 99p McMuffin offer as part of its breakfast menu on Mondays.

Customers can choose from five different options, including the Egg & Cheese McMuffin and the Double Bacon & Egg McMuffin.

Orders can be placed through the McDonald’s app and you can visit the channel website for more information and other offers.

In other news, When is the 2021 NFL MVP announced?

McDonald’s is permanently removing breakfast bagels and wraps from menus