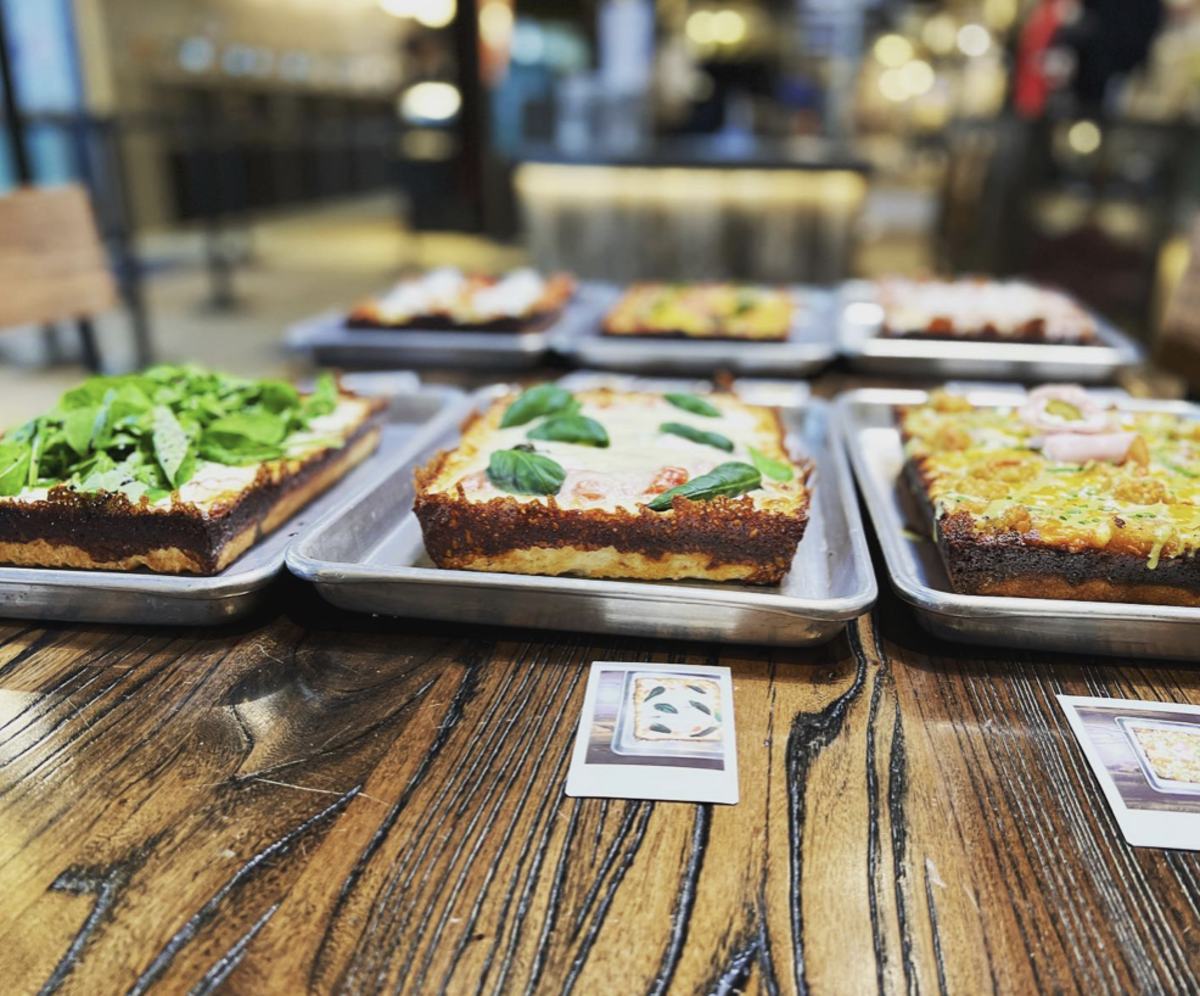 Wrecktangle Pizza – a Minneapolis food hall favorite – now has its own place.

The Detroit-style pizzeria opened Thursday afternoon at the corner of Lyndale and Lake Street.

On opening day, Evans spoke with Bring Me The News about plans for Wrecktangle’s flagship location.

The menu features a range of six-slice rectangular pies, with names like “Sotalicioius”, “Shredder” and “Betty White”.

Food offerings also include classic pizzas – such as supreme and vegetable lovers – and a range of entrees and salads.

The charcuterie is a tribute to Silver’s Grocery; a defunct store in Hibbing run by Jeff and Alex Rodgers’ great-grandparents, who immigrated from Italy.

Silver’s Market & Deli will serve “bungles”; a chef’s creation, which Evans says is a cross between a bagel and a bun.

The deli will bake bungles like a traditional bagel shop with a wide selection of whipped cream cheeses and sandwiches on the menu.

Wrecktangle Pizza opened in the North Loop Galley in 2019 and quickly became a local favorite.

During the pandemic, Evans said pop-up events at friends’ restaurants helped them stay afloat until they opened at Malcolm Yards market last year.

They will continue to run their beloved dining venues in addition to the new location, she said.

As for Lyn-Lake, Evans said it was the perfect place for Wrecktangle Pizza to put down roots in its home community.

“It’s truly and honestly our home base,” she said. “It’s our favorite spot in the whole city.”